My First Half Marathon! Part 2: The Race

The starting gun fired, and with the Mortal Kombat theme song blasting in my ears, the race officially started. Somehow, someway, my body would eventually be 13.1 miles somewhere else. 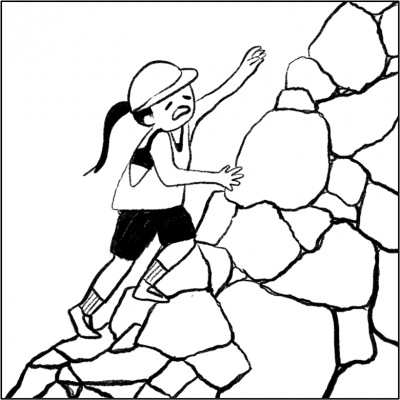 It was my first race, so mistakes were made. If I could go back and tell old me what not to do, it would be “don’t skip breakfast!” Oh, my goodness, I wish I could go back and reverse that decision. I remember how nervous I felt that morning and how the thought of eating turned my stomach. But even a bite of a granola bar or a banana would have been better than nothing. Unfortunately, I didn’t realize my mistake until after the race began and past the point of no return.

After the starting gun fired, people ran so fast I thought I was moving backward. It was difficult to remember my training and not be tempted by what folks around me were doing. With the chaos at the starting line, I struggled to establish my pace and breath. Fortunately, I was blessed by the guidance of a human metronome who floated in front of me with perfect form and cadence. I never got a chance to thank the dude, but wherever he is, I hope he is doing well, and I hope he did not mind me shuffling 15 meters behind him for the first 9 miles.

Again, please do not skip breakfast. It was advertised there would be water, Gatorade, and snacks at each mile. The thing is, at this race, it was first come, first served, and by the time I got to rest stops, only cups of water remained. T’was rough, but I tried to stay present and take in my surroundings. The running trail was beautiful and bordered Otsego Lake. Looking out onto the water was revitalizing, but after about an hour of running on empty, I could feel my body start to hit the wall. Not until I rounded the corner of mile 6 did I finally see a lone granola bar ready for the taking. Quaker Oats never looked so good.

At mile 9, one volunteer handed me a cup of Gatorade and ominously muttered, “You’ll need this for the hill.” They lied; it was a mountain. 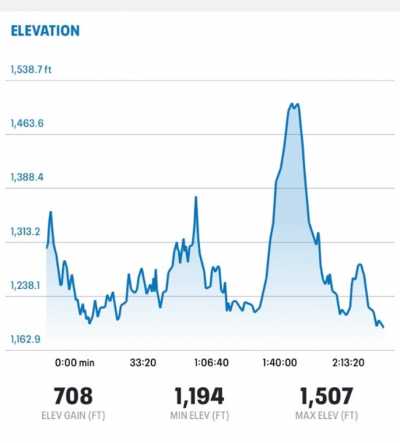 Some folks say races can get emotional; I shed several tears on that vertical. The path veered away from the lake, the trees that once shaded the trail disappeared, and the terrain became hot, humid, and dusty. My steady breathing and form quickly devolved into a crawl. Looking up became a devastating task. The hill seemed to have no end. After a mile and a half of climbing, the mountain began flattening into a drop-off. The decline was just as painful as the ascent. I briefly considered letting my legs give out and barrel-rolling it down to the end. At that point, each step forward was a miracle. Did I even have a body anymore?

Shortly after the decline, the path exited the prairie and wounded back into the forest-ey landscape, hinting that the finish line was near. I started seeing signs on the ground that read, 1 mile left, ½ mile left, then 200 meters. Eventually, I crossed the finish line, hearing my name announced through the speakers. I quickly hopped in line for the ice cream buffet and generously topped off my victory sundae with warm fudge and rainbow sprinkles. 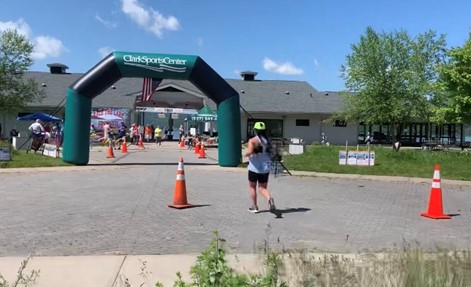