Day of Reflection in Twin Peaks

As I’ve done in most other years at PRA, I used my Day of Reflection (a benefit intended to encourage staff to take time to reflect on their lives with special emphasis on career planning or goal setting) on September 18 to prepare for my annual review. In 2019, I found a private Getaway modern cabin in the Catskills for some silent career planning and hiking, and I wanted to do something similar this year. I found a rentable tiny house in Snoqualmie, about an hour east of our current home in Seattle. We’d been experiencing unhealthy air quality levels for about a week due to the wildfires in California and Oregon and primarily staying indoors, but the air was finally starting to clear. 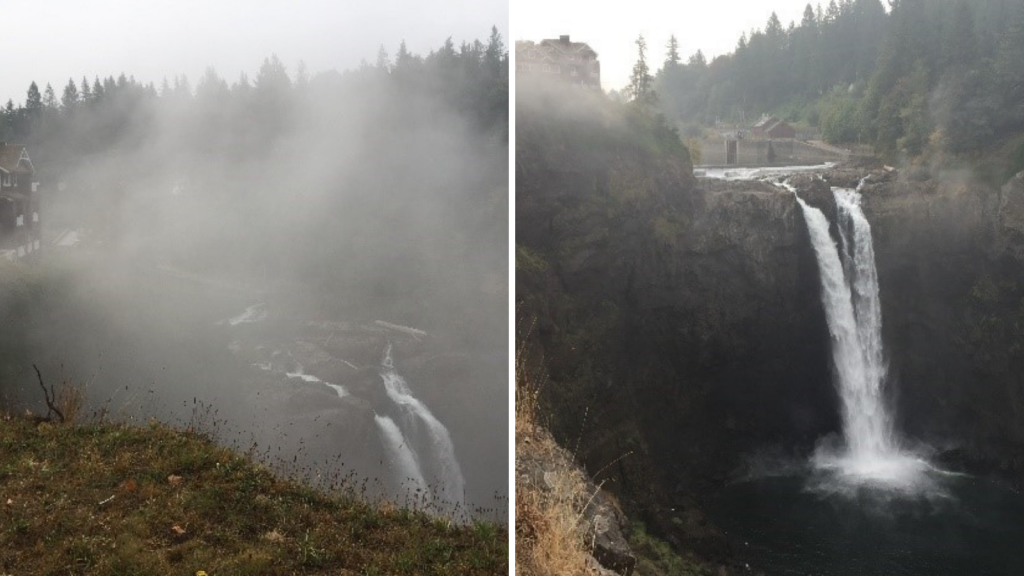 Researching prior to my stay, I read about filming in and around the city (most memorably, a shot of Snoqualmie Falls, above) for the television mystery series, Twin Peaks (1990-1991 with a 2017 return). I watched the first quirky season in preparation for my visit and was able to glimpse a few places featured in the show. 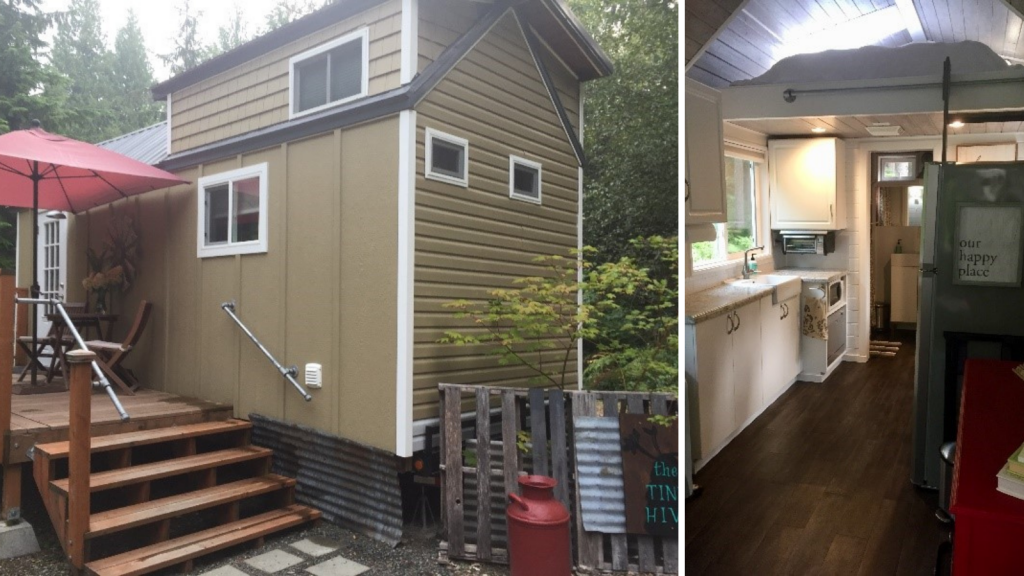 The 200-square-foot house was very well-organized (even with a tiny DISHWASHER!) and provided a quiet place to read and consider my career goals for the next year. I thankfully did not fall off of the loft bed nor the ladder and drove back into town the next morning for breakfast at Twede’s Café (the Double R Diner in Twin Peaks- pretty good coffee and cherry pie, but I probably wouldn’t rave as much as Agent Cooper). 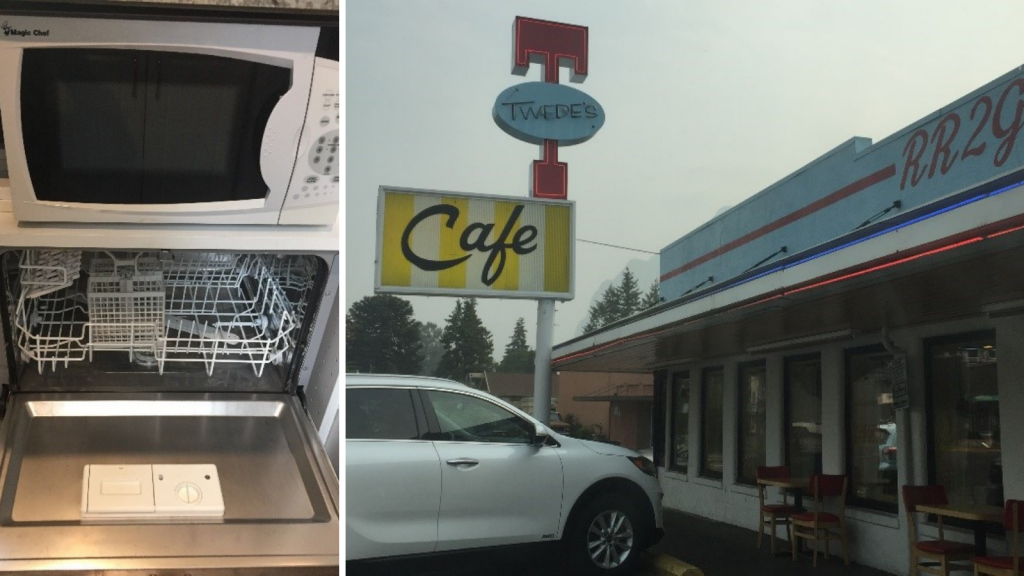 After some hiking near the falls, I headed home. The ability to drive with the windows down in the clearer air was such a relief that when I got home, I picked up Dan and we drove about 2.5 hours on a whim to the ocean coast and back. We have plenty of water and bays around us, but it’s still a drive to the actual open ocean. It was drizzly and perfect, with a few people and dogs around with what I assume was the same idea. I left with renewed gratitude for the intentional time each year for strategic career planning as well as for the clean air and water that I took for granted too often before the fires.