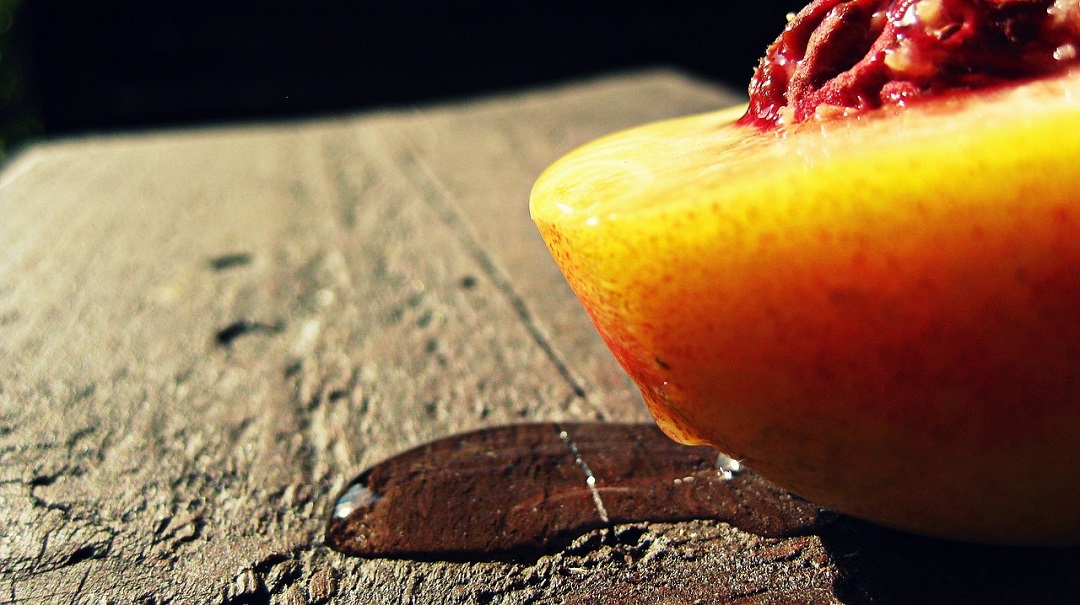 Where poor appetite meets lousy food describes my gloomy reaction to the lunch delivered to me last June 17, a beautiful sunny day and one day after I had been admitted to the hospital. I hadn’t ordered this lunch, but here it was: turkey, mashed potatoes, gravy, and stuffing. I ate a few bites of the potatoes, wondering if they’d been reconstituted. This went on for three weeks. A large pile of seasoned, boiled carrot slices on my plate could turn me off an entire tray of food. Tossed salad for a summer meal? Hospital-style “tossed” salad consisted of several shreds of very pale green lettuce topped with a couple of strips of red cabbage, accompanied by several tubes of salad dressing…. Fresh fruit? Fresh fruit cups consisted of pineapple and flavorless honeydew and cantaloupe chunks. Okay, there were the past-ripe bananas, Red Delicious apples, and difficult-to-peel oranges too. Cartons of lukewarm milk bore the disclaimer that no significant difference has been shown between milk derived from rBST and non-rBST-treated cows. Yogurt? Ice cream? Nothing sweet that was pre-packaged didn’t list high-fructose corn syrup as an ingredient. Even peanut butter had several ingredients in addition to peanuts. Applesauce was made from apples grown in China – and New York State is the second largest producer of apples in the country. I thought longingly of my CSA share … and more. No fresh mozzarella, no good bread, no basil or fresh tomatoes, … no peaches, no strawberries or blueberries, no avocados or blue corn chips, no Greek yogurt, no veggies that weren’t cooked to death. No.

After a few days of whining, it dawned on me that I was a food snob. I considered all of the hungry people who would love nothing more than a hot lunch… The thought chastened me, but it didn’t help me to eat more. My solution, which wasn’t really a solution, was to lean on my family and friends to bring me real food to supplement my feeble efforts to down the hospital fare. The hospital’s solution was to heap more and more dismal dishes on my tray – along with bottles of Ensure.

I was discharged in reasonably good working order, thanks to excellent medical care, which I was immensely grateful for. At the same time, I was weak, exhausted, still recovering from surgery two months before, and about 10 pounds lighter. At my lowest weight, I weighed 89.5 pounds. I could actually close the index finger and thumb of one hand around my biceps, a feat my friends and I watched with horrified fascination.

I remembered how my father had complained vociferously about hospital food during a prolonged stay. I had asked him to describe the food at one point, and I wrote down and kept his descriptors: unbelievable; unpredictable; gross; whimsical; repetitive; wasteful; incredible; reminiscent; sloppy; and mélange. And I thought about how this scenario is repeated in institutions across the nation: hospitals, nursing homes, jails and prisons, juvenile detention facilities.

I was intrigued, then, to come across an article in the New York Times, When a Stressful Hospital Stay Makes You Sick, by David Newman, MD. Dr. Newman discusses post-hospital syndrome, citing the 2013 work of Harlan Krumholz, MD, who first described this syndrome: “Physiologic systems are impaired, reserves are depleted, and the body cannot effectively avoid or mitigate health threats.”

In 2014, Drs. Krumholz and Alan Detsky described in JAMA measures hospitals might take to prevent post-hospital syndrome. With respect to dietary matters: “[Hospitals] should … pay close attention to nutrition and prioritize creating opportunities to provide nutritionally appropriate, appetizing food served at the intended temperature. The imposition of a draconian, unsavory diet … should be avoided when nutrition is so important for [a patient with increased nutrient requirements].

Surprising to me, I also learned that a number of hospitals in the U.S. – a tiny fraction of the whole, but over 100 – had arrived at the same conclusion and were striving to improve. A few examples:

In 2014, the St. Luke’s University Health Network in Pennsylvania partnered with the Rodale Institute to transition farmland the hospital owned to organic, with farm vegetables to be used in patient meals as well as in the cafeteria. The resultant five-acre organic farm supplied an estimated 44,000 lbs. of produce to the six hospitals in the Network in 2014 alone, with a planned expansion to 10 acres this year.

Moving west, a Detroit-area organic farmer runs an on-site organic greenhouse for Henry Ford West Bloomfield Hospital—and all patient food prepared in the hospital kitchen either comes from this greenhouse or is sourced from local sustainable producers.

And in Oakland, CA, Dr. Preston Maring, associate physician in chief for Kaiser Permanente East Bay Medical Center has worked to get more fresh, local food into Kaiser hospitals and forged ties with sustainable farmers.  Dr. Waring notes that fresh, whole foods help create a healing environment, adding “A perfectly ripe peach can be a great comfort for someone just coming out of surgery.”

And so the fun began… regaining about 20 pounds.