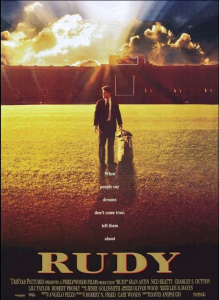 In conversation 3 of “8 Conversations About Wellness (and Films),” I spoke with Jason Oliver, CASAC-T, MAT Counselor, Albany County Corrections and Rehabilitative Services Center about learning, training, and enhancing wellness to support a multidimensional career.

Erika: You are a counselor for people receiving medication-assisted treatment (MAT) for substance use disorders in the Albany County, New York Jail. Prior to that, you were a law enforcement officer, and you are also a military Veteran. How does knowledge and training from your previous careers serve you in the work you do now?

Jason: I served for over 20 years as a law enforcement officer in Troy, NY; I served in the Army Reserve Corps for 9 years, where I was a Drill Sergeant; and I am a Veteran of the Iraq War. My experience working on the streets as a housing officer inspired me to change careers upon retirement from law enforcement to a different kind of service. Several years ago, I watched the news and saw Sheriff Craig Apple discussing the Sheriff’s Heroin Addiction Recovery Program (SHARP) at the Albany County Jail. SHARP is a voluntary program for people to enter counseling for substance use while in jail and get linked to a local treatment center when they are released. After seeing him speak about the program, I decided to return to school, retire from law enforcement, and change careers.

I began by attending school part-time while working, and I completed a chemical dependency degree program. When it came time for my internship, I advocated for placement in the jail because I knew I wanted to work there. Working at the jail allowed me to have camaraderie with law enforcement, though I no longer wear the uniform. Prior to graduating, I was offered a job at the place of my internship. That’s how it all began.

I work full-time as a Credentialed Alcoholism and Substance Abuse Counselor-Trainee employed by the Addictions Care Center of Albany to serve people in the Albany County Correctional Facility. I created the counseling component of the MAT program at the jail, and I am the primary counselor for people participating in the MAT program. The jail tracks those who are Veterans, so when I have time, I visit them and see if they are interested in speaking with me because I am a Veteran too. I know a lot about the law and criminal procedures from my prior career as a police officer, and that often helps me connect with people when they are talking with me about their charges. I’ve seen a lot of these people on the outside when I was a police officer, and I can confront them about their behaviors in a safe space to talk, which is my objective. They understand that I care, and I want them to live.

I’m still going to school, and I want to be a social worker for police officers, military service members, and Veterans. There are not enough counselors with lived experience to serve these populations who work on the front lines. I think this is a huge problem in addressing critical issues, such as military culture, high suicide rates among members of law enforcement and the military, and high rates of trauma among service members who were deployed to theaters of war.

Erika: How do you view intellectual wellness as being part of a person’s total health?

Jason: I’m a “why guy.” I’m interested in everybody’s story, and I am always looking for someone to change or expand my thinking.

Erika: Have your views and understanding of the connections between trauma, behavioral health disorders, and justice involvement changed through the training and fieldwork of the different professions in which you worked?

Jason: I used to think that addiction was something a person could stop when they wanted to, and I did not believe it was a disease. Over time, several events in my police career inspired me to transform my thinking. Around the same time that I saw Sheriff Apple talk about the SHARP program, I received my first notification at work of an overdose death. I realized how the event impacted the whole family as well as the person who died, I saw parents searching late at night for their children who were using drugs, and one time I arrested someone for drug possession who explained to me at the station how he had become addicted to heroin after his longstanding prescription of OxyContin® had been discontinued. Later in my police career, I would offer to bring people with substance use disorders that I arrested to a detox facility. No one ever took me up on my offer, but this represented a shift in my thinking.

Erika: What is one helpful thing you have learned from your counseling work about understanding and articulating the losses associated with illness, mortality, or crisis?

Jason: I enjoy talking with the people in the MAT program, and I resonate with them. The work takes a lot of personal energy because you interact with many people you want to be successful, but they have gotten caught up in a bad situation. The successes you witness are wonderful, but part of this work in the addiction field is that some people die from their illnesses. Self-care is important. If you don’t take care of yourself, you can’t help anybody, so I always make sure I care for myself.

Erika: Do you have a favorite film that illustrates what we discussed today?

Jason: One of my favorite films is Rudy (Anspaugh, 1993). It’s a true story about Daniel “Rudy” Ruettiger. He grew up in Indiana, and he always wanted to play for Notre Dame. Everyone told him he couldn’t make it because he was just a small guy, but he tried out and eventually made the practice squad, then he played the last game of the year and got one play in. It’s a story about, despite being told you can’t accomplish something, working hard and doing it. I’ve always supported myself and worked for everything that I have. That’s how I was brought up, to work hard for what you want, and that includes your goals, so I have always been very goal-driven. If someone tells me I can’t do something, it motivates me to meet the challenge.