A Woman’s Perspective: From the Inside to Back in the Community 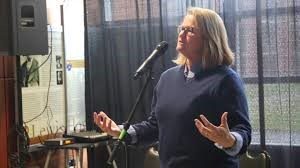 On April 1st of this year, as the White House officially announced the month of April as #SecondChanceMonth, I was quietly celebrating my fifth year back at home. Five years home, 2 years since I received early release from parole, I still carry the baggage of the collateral consequences of my incarceration. I still deal daily with memories of the abuse, brutality, and violence I witnessed and personally experienced, things I hope to never have to see again in my lifetime, things I hope and pray others never have to witness in their lifetimes.

As a result of my incarceration, the trajectory of my life has done a complete 180 from what I once envisioned for myself. I am not the same person I was back in 2006, and I think that’s for the best. My incarceration changed me, and I brought those changes with me when I rejoined my community. I am that mom that you pass in the grocery store, see sitting waiting in the doctor’s or dentist’s office; you see me at my daughter’s school play; I am a wife, mother, daughter, sister, and aunt, and I fight daily to not allow my incarceration to define who I am as a person. Unless you google me (and I strongly encourage you to do so), you would never know the internal scars that I now carry. They serve as a daily reminder of where I have been and why I will continue in my quest to educate the community, professionals, and others around how we think of crime and punishment, incarceration, mental illness, and empathy in this country.

I was a non-violent, white-collar offender; I stole money from my employer. I broke the law and I deserved to be punished; but, I often wonder if there could have been a different way for the courts to approach that punishment or a path available to the police other than arrest. I wonder if it is possible for us as a country to move away from our historical approach to crime and punishment and towards a more rehabilitative, restorative, and holistic approach. Is it possible for us as a country to explore other methods of dealing with crime in our neighborhoods? Is it possible for us to get more community involvement in reducing crime and incarceration in our neighborhoods? During my incarceration (almost 5 years), I crossed paths with many women who would have been better helped if they had been placed in a substance use disorder treatment program for more than 20 days or had their case adjudicated through a drug court or similar program. These were women who could have been provided appropriate, continuous mental health services in their community rather than having to fight their demons on their own; women who were in violent, abusive domestic relationships because they felt they had nowhere else to go or thought themselves unworthy of anything better; women who, due to a lack of education or vocational skills, were unable to find work and felt backed into a corner trying to survive and provide for their children. I met women who experienced homelessness before their incarceration who would intentionally jump subway turnstiles so they would be arrested and sent to Rikers for a few days rather than go to a shelter during the winter months, because they felt safer at Rikers than at a city-run shelter, even though Rikers is a place where detained people have experienced violence. I crossed paths with so many women during my incarceration, and for that I am grateful. It opened my eyes to things I never would have seen or experienced, and it lit the fire inside of me to spend the remainder of my life fighting for criminal justice reform.

Let’s look at some facts: According to the Prison Policy Initiative’s “Mass Incarceration: The Whole Pie 2019,”[1] while the overall number of individuals incarcerated in the United States is dropping, the number of women is actually increasing. A large majority of these women are the primary caretakers of their children at home under the age of 16, which means that when the mother is arrested and there is no family member who comes forward to take care of the children, they, too, become a part of the “system.” The Rose M. Singer Center is the jail on Rikers Island that houses females arrested for crimes committed in the 5 boroughs of New York City and where I spent over 11 months. If that jail reflects national statistics, 86 percent of the women with whom I was incarcerated have experienced sexual violence in their lives, 77 percent have experienced partner violence, 82 percent have substance use disorders, and 68 percent have been diagnosed with mental health problems.[2],[3] These figures are real, staggering, and representative of jails across the country. Take a hard look at the figures provided by the Prison Policy Initiative. They break the data down and highlight stark, undeniable facts – primarily that women are underserved within the criminal justice system. While many programs providing alternatives to and support upon reentry following incarceration are available to men within their communities, those same resources are severely lacking for women. Men have community-based programs available to them for education, vocational training, and job placement, but equivalent programs are in short supply for women. When combined with the fact that a majority of these women have to worry about childcare, housing, and providing for their children, the situation is a recipe for failure.

We, as a community, can do better—we must do better. We need to bring together community leaders, politicians, law enforcement, educators, medical and mental health professionals, and faith leaders. We need to educate them about the incarceration crisis currently happening in this country and stress the importance of support from within the community, of the creation of alternatives to incarceration, and of the use of restorative justice. We need to teach them to understand and embrace empathy. Given current trends in this country, it is all but inevitable that at some point each and every one of us will know someone impacted by incarceration, be it ourselves, a loved one, a friend, a neighbor, or a co-worker. And that is why it is so important for each of us to be better educated on incarceration, its far-reaching impact, and what we as a community can do to prevent someone from being arrested and sucked into the vicious cycle that is criminal justice involvement.

If we are sincere in our commitment to reduce recidivism and stop jails and prisons from functioning as revolving doors, it is incumbent upon us to provide reentry programming to any individual who is incarcerated the moment they come into a facility, not days or weeks prior to their release. We must provide adequate medical and mental health services, including treatment for trauma and domestic and sexual violence. We must work from the beginning of their incarceration and throughout reentry to link them with social services for housing, educational or vocational training, and job opportunities. As a community, it is our responsibility—and in our best interest—to provide a solid foundation upon which these individuals can build a successful future.

I often speak at various events and have frequently been asked by members of the audience “What can we do?” When people such as these, who are committed to changing the criminal justice system for the better, ask this question, I am often reminded of someone who has a car but needs to be shown how to drive it. That is what I aim to do: train those ready and willing how to drive that car to end incarceration as we know it in this country.