In February, Dan and I realized a plan that we had been tossing around for several years and finally moved from upstate New York to Seattle, Washington (please hold your laughter; yes, the timing could have been better). We spent 8 days driving most of I-90, towing our future apartment furnishings in a U-Haul that gave us a less-than-ideal 11 miles of gas per gallon. 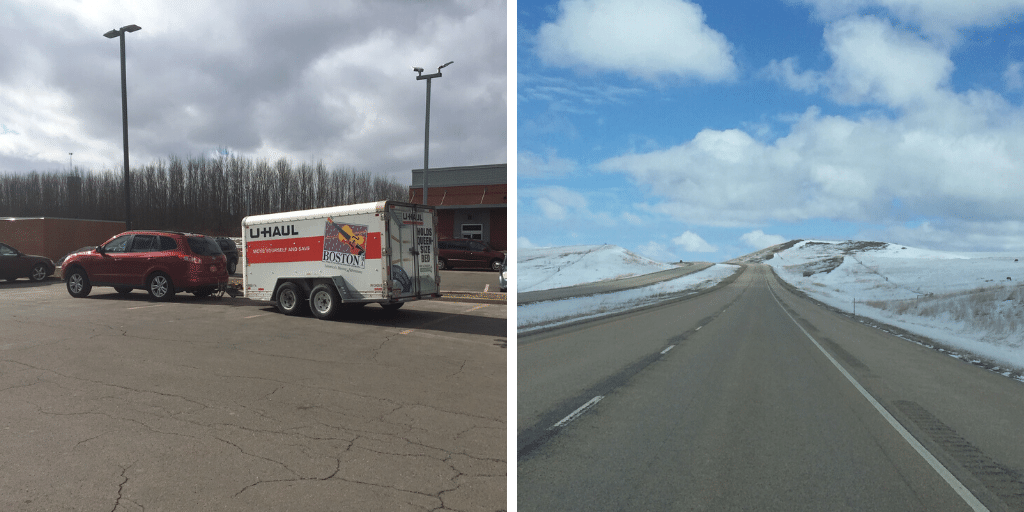 The drive itself was beautiful and mostly relaxing. We stopped overnight in Indiana to see my parents, took a little extra time to explore Minneapolis, and Dan saw his first glimpse of Mount Rushmore. We detoured to no fewer than four bakeries (one was next to the gas station!) and marveled at the changing scenery as we moved west. We also stopped at the Corn Palace in South Dakota. Less marveling there. Thanks to modern technology, I was able to work partial days from the car, even taking video meetings, which our dog Penny was thrilled about. 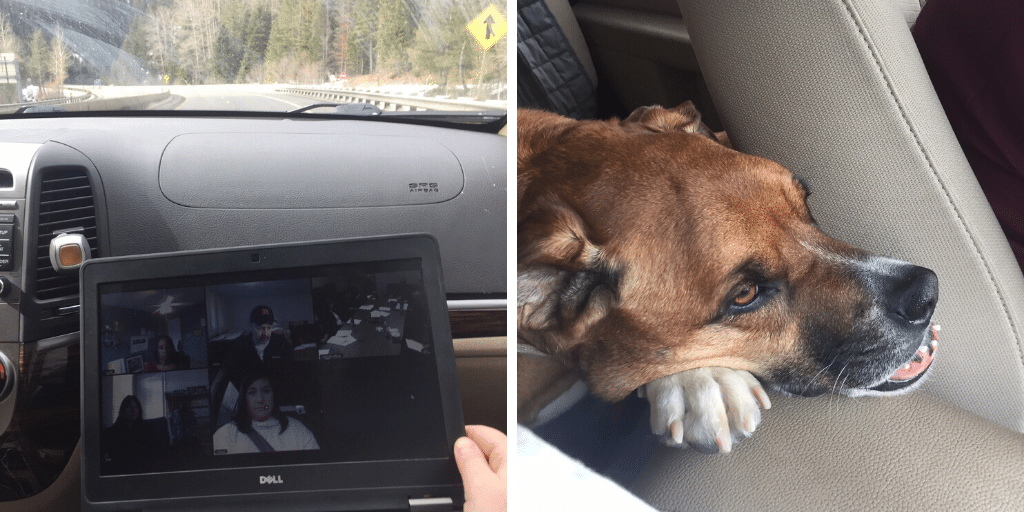 We had one slightly terrifying afternoon/night with 45mph white-out gusts of snow, but drove very, very slowly, resulting in 16 miles per gallon that day! Otherwise, we were lucky enough to have great weather. Mount Rainier, which is hidden on most overcast days, was gorgeous and incredibly clear as we approached western Washington. 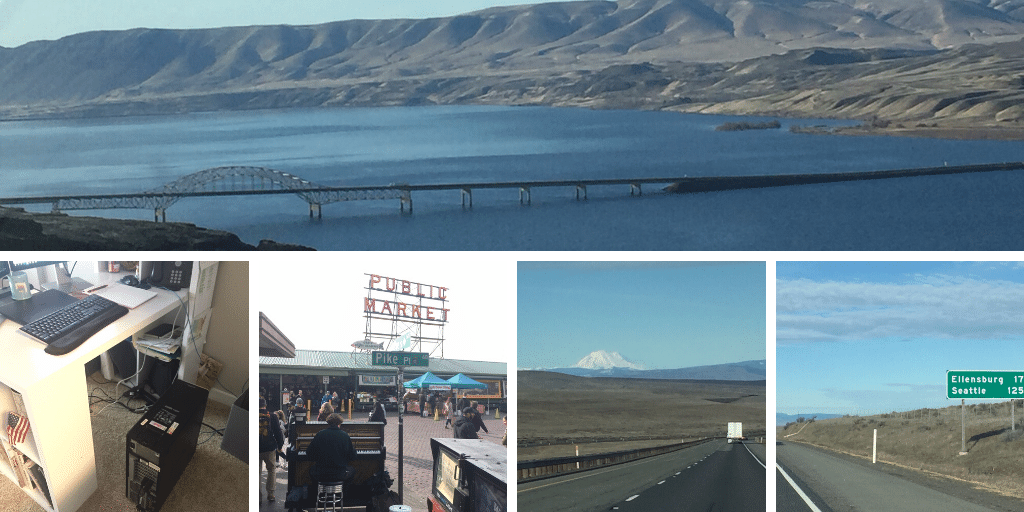 We’ve only been able to spend a little time so far exploring this city we love so much, mostly in wide, outdoor spaces, but it will come. In the meantime, I’m most grateful to have an actual desk chair for my home office! The computer tower seat just wasn’t cutting it.