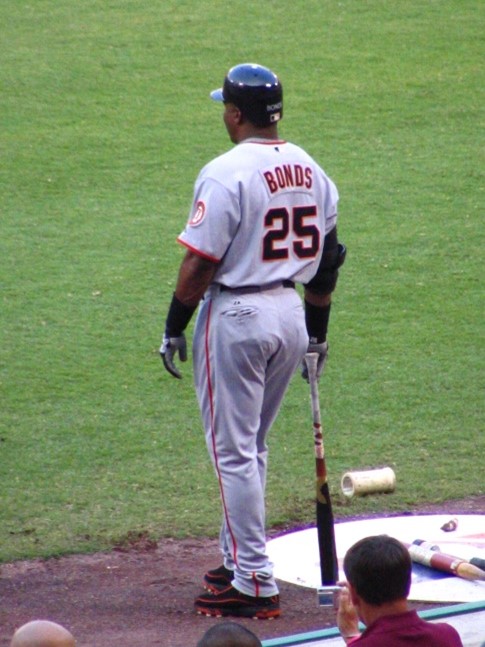 home run set the American League record for the most balls hit over the wall in a single season in Major League Baseball. The designation “American League” home run record bares significance here, as the sluggers positioned above Aaron Judge in the single-season home run record book come from the National League. Let us see if you can figure out any commonalities between the players holding the six seasons with more home runs than Aaron Judge: Sammy Sosa (3 times), Mark McGwire (two times), and Barry Bonds (hitting 73 home runs in the season when he was 36 years old). All three players mashed home runs in the mid to late 1990s and early 2000s and, either by their admittance or through drug testing, utilized performance-enhancing drugs (PEDs) like anabolic steroids to supplement their nutritional regiments. These PEDs allowed them to hit the ball further, run the bases faster, and stay healthy on the field longer.

The Baseball Hall of Fame has declared their position through the voting results of Hall of Fame ballots over the past 15 years. This past year marked Barry Bonds, Roger Clemens, and Sammy Sosa’s 10th and final year on the Hall of Fame ballot, which saw them receive 66 percent, 65.2 percent, and 18.5 percent of the vote, respectively. Seventy-five percent of the vote is needed to secure a position in the hallowed halls of baseball’s elite. The mainstream writers who vote on this ballot have chosen to exclude the most outstanding players during the steroid era from their place in history. Surprisingly, the Commissioner who was at the helm during this period, Bud Selig, was welcomed into the Hall of Fame like an old comrade. Selig got the MLB owners and advertisers rich off the plunder that was wrought from the magical seasons McGwire, Bonds, and Sosa had; in fact, the league did not even test for PEDs during that era. MLB did not first agree to a testing program until 2003. Only three players put together 50 home run seasons from 1961 to 1995, but from 1995 to 2007, that feat was accomplished 23 times.

We, as fans, are left to pick up the pieces as to how we want to categorize the “true” single-season home run kings in our heads. I know one thing is true, I feel like a kid whenever I see one of my favorite players mash a ball a mile over the wall. I believe that same feeling allowed the steroid era to go on for so long in baseball unchecked; announcers, writers, owners, and fans were swept up in the spectacle. They did not think about the damage PEDs might cause the people taking them, how PED use would affect their chances at future accolades post-baseball, or how they would be remembered.

You must be an incredibly talented athlete to reach the records that I have mentioned, and most of those players—Bonds, McGwire, Sosa—achieved sustained success over their careers. I mark Barry Bonds’ record as the MLB single-season record because you must look at the environment and the rules within which those players operated. Aaron Judge had one of the most incredible seasons we will ever see, and he hit more home runs than anyone—steroids or not—in the American League. I will leave you with this thought: how many could Judge have hit if he played by the same rules as Bonds…70, 80, 90?