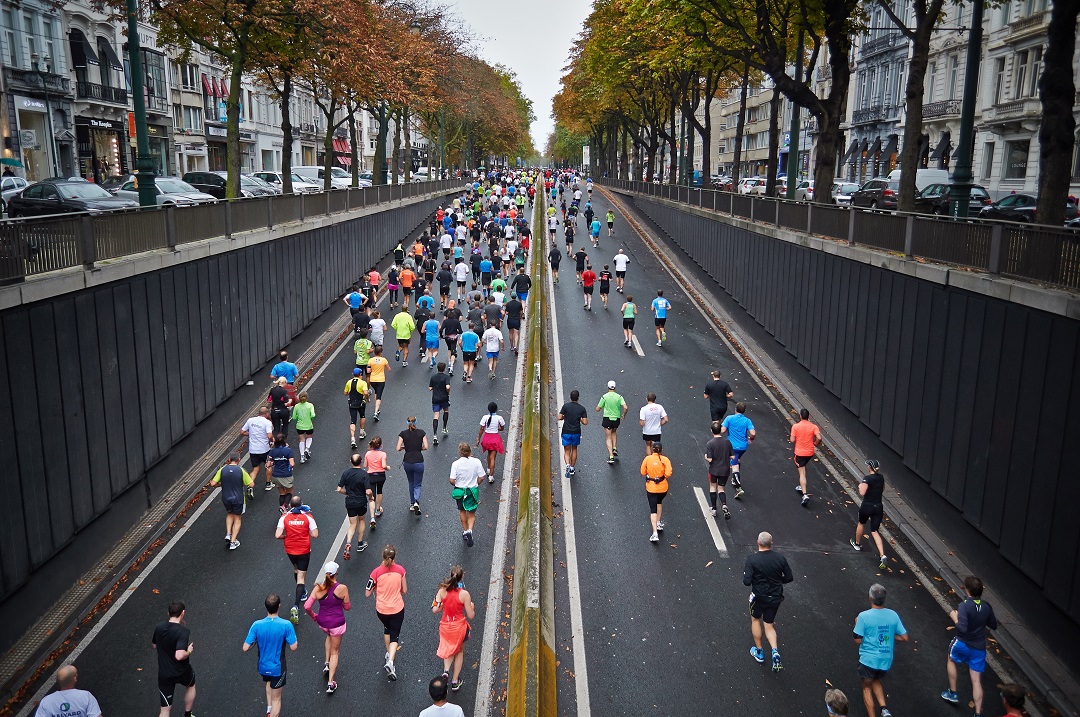 My friend and I have a goal to run 50 half marathons in 50 states together. It’s a lofty goal, made even loftier due to the fact that we only run two races per year. In May we completed our fifth race (we’re 10 percent of the way there!) in Fredericksburg, Virginia. We ran the Marine Corps Historic Half Marathon–a race full of emotion, pride, and grit.

The Historic Half is a massive race—we were 2 of 5,177 runners. In the past when I’ve run in large races, there is often a bit of chaos. From my experience working with Marines at PRA, I had a strong feeling that this would not be the case at the Historic Half; I was not wrong. Every step of the race, from bib pickup to the after-race celebration was impeccably planned and executed.

Along the race course I was struck by the support of the community—so many townspeople came out to cheer us on with clever homemade signs like “It’s all uphill from here” and “Run faster, the bacon is getting cold!”. My favorite was the sign held by a dog that said “Good job!”—simple but effective, especially coming from a good boy. At one house we were treated to a live performance from a surf rock band, another house passed out peanut butter crackers, another was giving out full bottles of water.

The participants were just as inspiring as our supporters—men and women of all ages and fitness levels were out on the course giving it their all. Veterans called out to one another, and there was some friendly banter going back and forth about the merits of the various branches. Some dressed up in costumes, while others carried flags for the entire 13.1 miles. Most impactful were those who donned additional bibs that carried the names of their friends, comrades, and family members who had served and passed on.

Each of the aid stations were manned by Marines who encouraged us with cheers, Gatorade, and high fives. Shouts of “Ooh-rah” and “pain is weakness leaving the body” kept us going, even at the hilliest parts of the course.

What was most memorable from the race was the Blue Mile during mile 8.5 to honor fallen service members. Along the first half of the route are signs containing the service members’ photos, names, ages, and death dates. Volunteers and family members stood along the second half of the route, holding flags that carried the names of the fallen. Some racers called out the names of those listed, others placed a hand on every flag they passed, while others silently shed a tear. The emotions of the runners and the passersby were palpable; you could feel the respect, honor, and grief.

Coming into the home-stretch of the course felt like finishing the New York City marathon—if all of the participants were military and Veteran family members and supporters. Veterans from all ages and from all across the country lined up along the last three quarters of a mile to cheer, wave flags, ring bells, and help get us over the finish line. The support and love I felt from the crowd brings tears to my eyes even today. If you want to be inspired, tested, and humbled, I highly recommend the Historic Half.