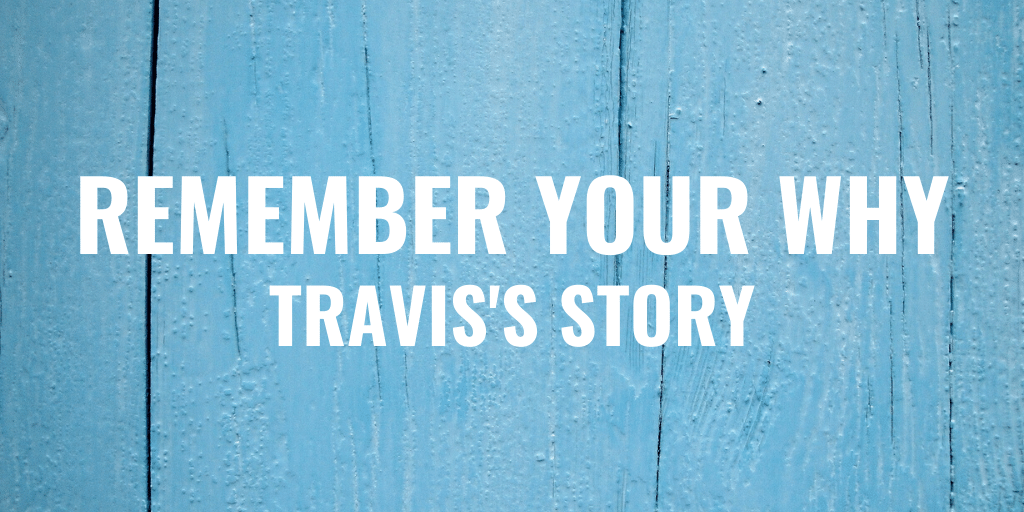 Remember Your Why: Travis’s Story

I’ve been wrapping and re-wrapping my head around that word over the past several days. Executed, like crossing off a task on the to-do list. Picked up the groceries, check. It always signifies something impersonal, a task, a plan carried out, except when it doesn’t. That Wednesday, it meant Travis’ life ended. You probably didn’t notice, unless you pay extra attention to death row cases. Texas has the most active execution chamber in the nation and has executions scheduled halfway through 2020.

Travis wouldn’t have made your list of exceptions. For as long as I can remember, I’ve aligned with Amnesty International’s position that the death penalty breaches human rights, and should be opposed “in all cases without exception⁠—⁠regardless of who is accused, the nature or circumstances of the crime, guilt or innocence, or method of execution.” But I know not everyone agrees, probably even among my colleagues who work to advance justice reform daily. Travis’s story is easily searchable and gruesome. He was 30, in prison with a 70-year sentence for two burglaries and aggravated robbery, and he killed a corrections officer. He pled guilty and didn’t contest his innocence.

That Wednesday, it didn’t matter that he had a history of brain dysfunction and a traumatic and violent childhood. It didn’t matter that his original lawyers offered a subpar defense. Nor that the testimony of the lead expert regarding prison classification and housing was later debunked, which has led to multiple other overturned death sentences, and could have commuted Travis’s sentence to life in prison. Actually, that part did matter, but the state appeals court stated the claims should have been raised earlier.

I never met Travis in person. My college friend and roommate became involved in a death row pen-pal program on a whim, wanting to do a little bit of good. Over the years, I heard about Travis through their many letters and visits. She later visited with her young daughter. I’ll admit that when she and I fell out of contact several years ago, he slipped too, but he came roaring back when I came across his execution date in November. Set for December 11, 2019. It’s cliché, but through his 14 years on death row, Travis became a different person. He wrote two books, collaborated with other artists around the death penalty and human rights, exchanged letters and visits with friends across the United States and Europe, and offered a story of redemption, change, and hope. But, ultimately, that did not change the outcome of his sentence. Despite a Supreme Court appeal, many letters, calls to the governor’s office, and work by advocates, Travis was executed at 7:04 p.m. on December 11.

It’s a disturbing thing to know when someone is going to die. I couldn’t sleep for a couple of nights before, and that Wednesday was a morbid countdown, despite trying to avoid the clock. I kept thinking, “What is the point?” Who was better off at 7:05 p.m., knowing his life was ending? How do two lives taken add up to justice?

I don’t have an answer, but I knew I needed to write about Travis, a person who has more value than an ID number and an execution date. There are plenty of people who knew him better than me, but more people should. I have a post-it next to my desk with a note I picked up at a conference last year⁠—⁠“remember your why.” It’s too easy to become overwhelmed by the heavy lift of systems change, especially when we work with a national view of issues surrounding justice, housing, trauma, poverty, and disparities. “Remember your why” for me speaks to the individuals whose stories we won’t often get to hear. It’s Brad, a man without a home in my Albany suburb, who has been chased away from the visible street and back into the woods by community members. It’s the local business owner who I got into an argument with about bail reform and equity. And now, it’s also Travis.

Travis’ attorney, Mark Pickett wrote an article in which you can learn more about Travis and the details of his case, My client, Travis Runnels, did not deserve to die.