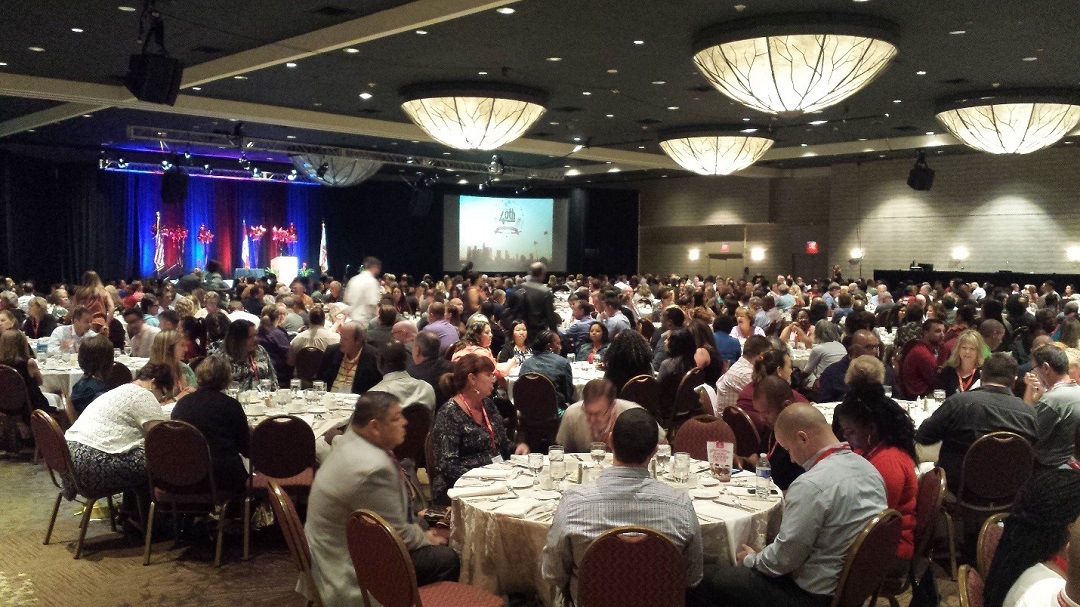 I recently attended the American Probation and Parole Association’s (APPA) 40th Annual Training Institute. It was held July 12-15, 2015, at the Westin Bonaventure Hotel and Suites in Los Angeles, California. Many of the over one thousand attendees were APPA members from probation and parole departments throughout the country.  It was a group that I had little experience working with in the past, but one that I have begun to work more with over the last year in my role as a Project Assistant for SAMHSA’s GAINS Center.

The first thing that I noticed was that there was very little emphasis on behavioral health issues, treatment, and recovery. My observations from the workshops that I participated in were that the probation and parole officers genuinely wanted to see the individuals that they work with succeed, but at the same time there was often a lack knowledge and understanding in those areas.

It was difficult for me to adjust to the language that was used to describe the individuals on probation and parole. I consistently heard them being referred to as offenders, frequent fliers, lifers, drug addicts, and mentally ill. It wasn’t that this came as a major surprise to me or that I found it offensive, but it’s not language that I would use personally, and in my opinion it’s not language that sends a message of hope to these individuals.

The final disappointment for me was not once did I hear anyone mention peer support. It wasn’t like treatment options weren’t discussed because they were, more like it just wasn’t an option that was widely known, understood, or accepted. Many would agree that peer support can play an integral role in reducing recidivism and promoting mental health and substance use recovery.

Since the GAINS Center provides technical assistance to the field, an opportunity exists to continue to provide training and information to this group. The GAINS Center is also providing technical assistance specifically to the Behavioral Health Treatment Court Collaborative (BHTCC) programs, many of which have probation and parole as primary partners. The GAINS Center has been actively encouraging the integration of peer support in these programs by providing them with information about the importance and effectiveness of peer support during the reentry, treatment, and recovery process.

Overall I really enjoyed the conference. It was extremely well organized and I learned a lot about community corrections/supervision. I chose to participate in workshops that focused on big picture topics and issues, and less on the specifics of the job. There was a lot of discussion around the implementation of evidence-based practices, the use of new technology, the prevalence and impact of trauma, co-occurring mental health and substance use disorders, and helping individuals who aren’t interested in receiving any help. I hope that the conference attracts a more diverse and cross system group of presenters and attendees in the future. I am thankful to PRA and APPA for making the experience possible.