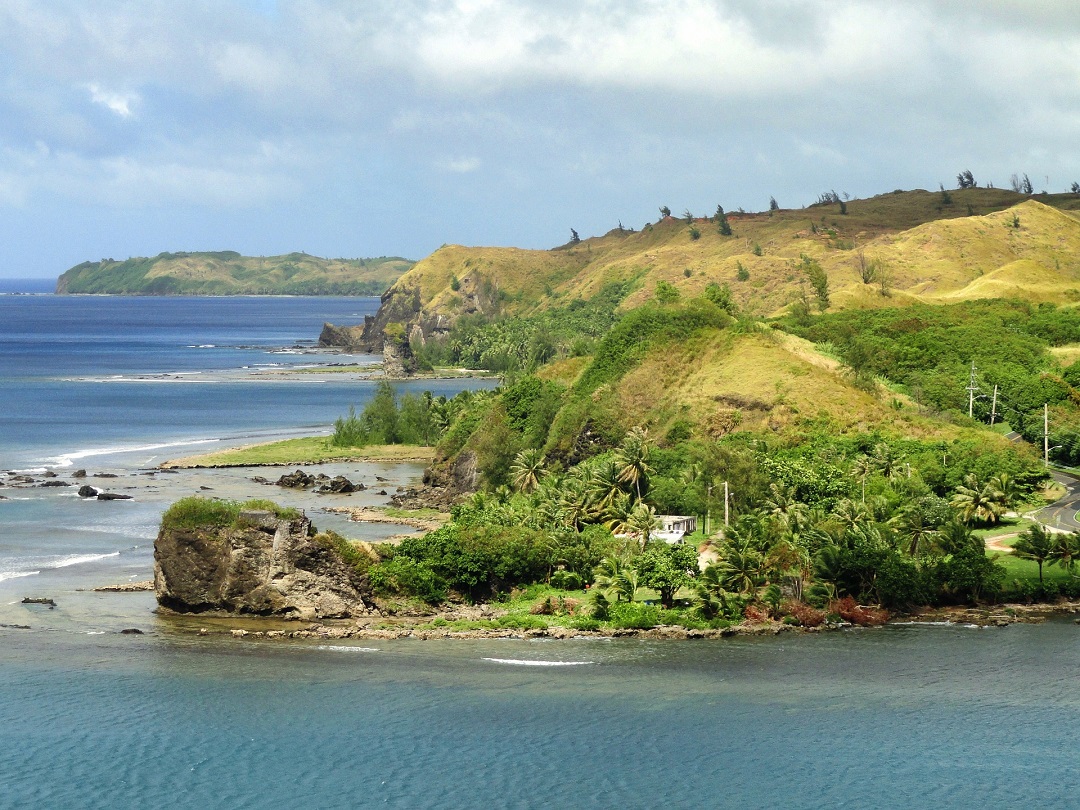 An Oasis of Military Support

When I was first approached to go to Guam as part of the work that the Service Members, Veterans, and their Families (SMVF) Technical Assistance (TA) Center is doing, I was delighted, excited, and admittedly clueless. So clueless, in fact, that I wasn’t even completely aware of where Guam is located until I got a little help from my friend, Google. This is embarrassing for many reasons, but most all because Guam is a U.S. territory. That fact, I knew without having to Google. I also knew that it is an island and would have beautiful beaches. Beyond that, I knew nothing of a place that is a part of us.

In preparation for my trip, I watched the PBS documentary Island of Warriors. This documentary discusses the strong military culture that exists on the Island. Guamanians, or Chamorro as they call themselves, serve in the military at a rate six times that of residents in the Continental United States (CONUS). Guam has the largest per-capita population of SMVF of any of the U.S. states or territories. I had no idea!

I also learned some of the unique, though not entirely uncommon, challenges that the SMVF population on the Island face. Perhaps one of the largest challenges is the lack of a VA hospital, requiring veterans to travel to Hawaii for serious medical or behavioral health care. Decreased access to adequate care combined with no voting power within the federal government certainly creates some large barriers to addressing the needs of SMVF.

Despite these undeniable challenges, the island has one incredible quality that sets it apart from CONUS. That is a palpable comradery around military service and military culture. Everyone in Guam has either served in the military or closely knows someone that has served or is currently serving. This fosters such a strong respect for and focus on SMVF challenges. To be clear, I’m not suggesting that citizens on the mainland don’t respect the military, but gone are the days where the majority of families are directly connected to the armed forces within CONUS.

My experience in Guam was that the people are extremely hospitable and kind to visitors. However, I think that when I explained that I’m driven to do the work that we do because I’m a combat Veteran’s spouse, it resonated a little bit deeper. It was like a brief moment of solidarity hung in the air.

Quite frankly, as I learned of all the ways in which the community can support the others because of this shared military experience, I felt a little jealous. It definitely didn’t sound like the experience I had when my husband was recently overseas. The idea of having schools actively support children of deployed service members and families and communities rallying behind those experiencing deployment or its lingering effects is incredible. Now again, I’m not saying that this doesn’t happen in CONUS, but I don’t believe it occurs to the same magnitude as it does in Guam. There are many within the United States who are committed to and invested in addressing the needs of SMVF. There is just something indescribable that occurs when the entire population can personally relate to an experience.

Guam has been extremely active in our military since WWII. In fact, another thing that I had never known until visiting the War in the Pacific National Historical Park is that over 2,500 American troops died fighting the Japanese in Guam during WWII. This rich military history and dedication to the U.S. military provides an incredible informal advantage to supporting the needs of SMVF on the Island. I’m honored to have witnessed this culture and feel that it is too incredible to leave behind on the Island. My hope is that in the future, we on the mainland will do more to recognize and honor the SMVF of Guam.