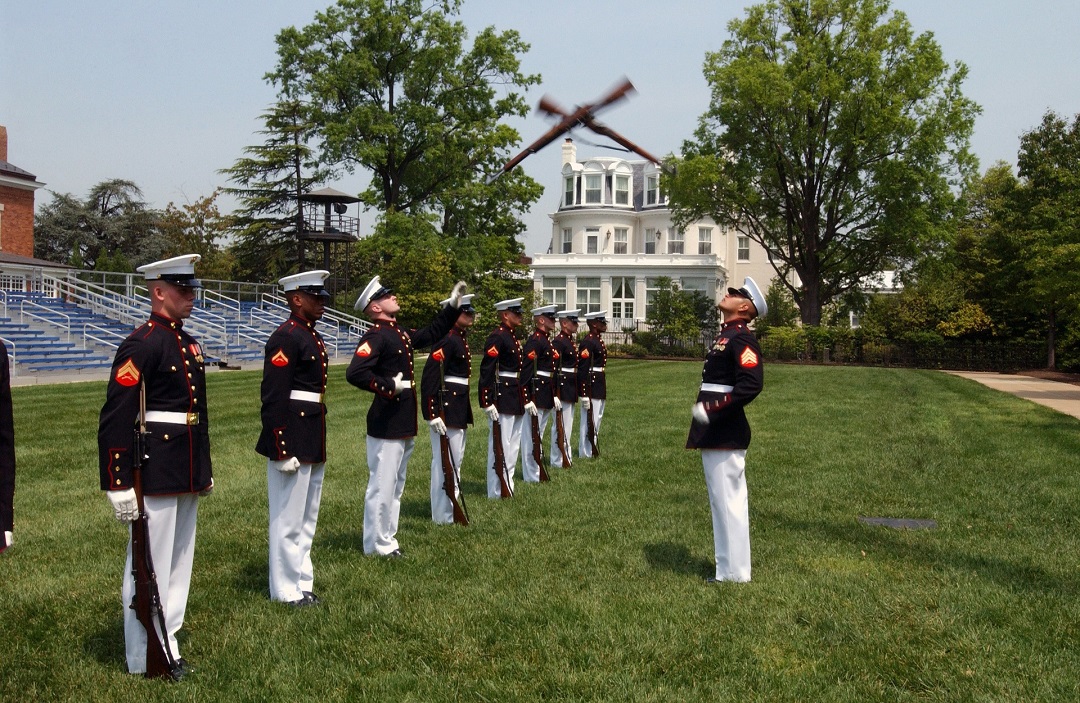 “Resolved, That two Battalions of Marines be raised, consisting of one Colonel, two Lieutenant Colonels, two Majors, and other officers as usual in other regiments; and that they consist of an equal number of privates with other battalions; that particular care be taken, that no persons be appointed to office, or inlisted into said Battalions, but such as are good seamen, or so acquainted with maritime affairs as to be able to serve to advantage by sea when required: that they be inlisted and commissioned to serve for and during the present war between Great Britain and the colonies, unless dismissed by order of Congress: that they be distinguished by the names of the first and second battalions of American Marines, and that they be considered part of the number which the continental Army before Boston is ordered to consist of.”

Last Thursday I reminded my mother what the coming Saturday was.  “Hey Ma, you do remember what Saturday is…right?”  I asked her.  She thought for a minute and then looked at me and said “Happy Birthday Marine!”  I smiled, shouted “Ooh-rah” and headed back to my place with a smile on my face.

When people ask when my birthday is, many times, my mind does not go immediately to my biological birth date.  Instead, I quickly think of 11/10/1775.  From day one of Marine Corps Recruit Training – a 13 week, life-changing event in which one earns the title of U.S. Marine – the drill instructors hammer home the legacy and history of the Marine Corps.  Born in Tun Tavern – a bar nonetheless – the United States Marine Corps is an American institution of warfighting prowess; Marines have fought in every clime and place since 1775 and established a reputation rivaled by none and as President Truman once said “They [the Marine Corps] have a propaganda machine that is almost equal to Stalin’s.”

We sure do have quite the propaganda machine.  We use our history, our esprit de corps, and our values to enforce our training and to win our battles.  Our solidarity – being Marines – is enforced in everything we do, and that solidarity is no stronger at any time than on November the 10th every year. Marine units gather, in full dress uniform, hold an elaborate ceremony which includes the introduction of a birthday cake that is escorted into the ballroom by four Marines.  The youngest and oldest Marines in the unit are ceremoniously provided with the first two pieces of cake.  A birthday message from Marine Corps legend, Lieutenant General John A. Lejeune is read to all, and then followed by a birthday message from the current Commandant of the Marine Corps.  A “salty” old Marine is then there to give a grand speech.  Then it’s time to “cut-a-rug” as members of the world foremost fighting force let loose and celebrate the birthday of their proud and noble organization.

Regardless of whether or not one spends a lifetime in the Corps or just four years, once a Marine, always a Marine.  The celebration and acknowledgement on November 10th continues for those who no longer serve in the Corps, but have earned the title, in ceremonies at veteran service organizations or even for former Marines working in a corner office in Delmar, NY.

If you are out and about this November, say “thank you” to any veteran you come across, because after all, Veterans Day occurs in November.  However if you notice someone with a hat on, or a bumper sticker, or even a tattoo with the letters “USMC” or the Marine Corps Emblem, the Eagle, Globe, and Anchor, look at them and shout “Happy Birthday Marine!”  You just might get a response of “Ooh-Rah!” or “Semper Fi!”