On Sunday, my uncle Stanley, my dad’s older brother passed away.  In the last weeks I have been reflecting on the time I spent with him and found myself sad at his loss but grateful and hopeful.  My sadness comes mostly because this man, who in his youth was described by my mom as “movie-star handsome” and always “a true gentleman”, spent almost 60 years trying to cope with his schizophrenia.  Being 78, he spent most of his life living in a world that didn’t understand his disease. At the end of his life, he didn’t have a spouse or children at his side. Instead he had many, many difficult years behind him but thankfully, he also had an extended family who loved him and had struggled to care for him at every difficult step of the way.

My dad first learned of his brother’s illness when they were in the Army together. They were stationed in France when Uncle Stanley shared some of the symptoms he was having with my dad – paranoia, strange voices and visions.  At that point though, he was still able to manage his illness but his future, after he was honorably discharged, would hold a life of failed treatments, homelessness, and physical and mental illness.

Uncle Stanley’s life began to intersect with mine in the mid 1970s when my parents would bring him home from his halfway house on the weekends for a home cooked meal and time with our family.  At a time when mental illness was still not openly discussed, my mom insisted on caring for her brother-in-law in the best way she knew how.  Those visits allowed my brother and me to spend time with our uncle, who was a very gentle and sweet soul. 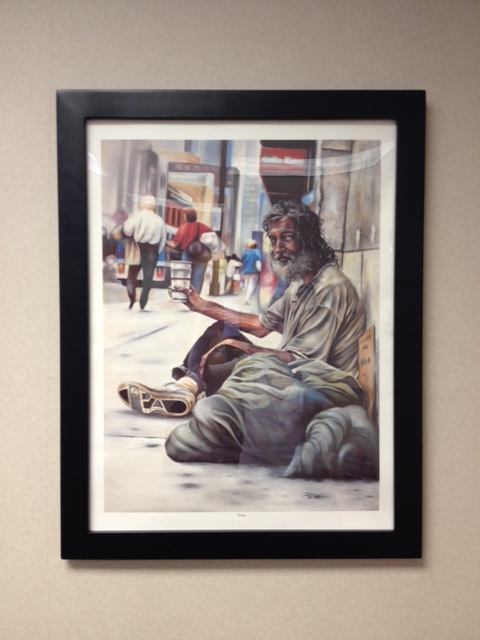 As time went on, my uncle chose a different course for his life. He hated his medication and its side effects. He left his supportive housing and his meds behind and spent the next fifteen years homeless, living on the streets in the neighborhood he had grown up in.  Often, on my bus ride to school, we would pass my uncle, dirty and disheveled, making his way up the road.  My mom and dad, and my uncles worked to keep an eye out for him and many people in his neighborhood showed him great kindness but they all constantly worried about his safety and well-being.

In recent years, as his health began to decline, he returned to housing and spent the last several years in a nursing home.  My son had the opportunity to accompany my dad on many visits and get to know him.  I am so grateful that my son and I had the opportunity to have this sweet man in our lives.  His life, and my part in it, gave me a completely different perspective on mental illness and the individuals I encounter who are homeless.

At the end, after a life full of struggle, he died very peacefully. The hopeful part of this story is that his 78 years span a time of great change for those battling mental illness. Having worked in addictions for several years, I was always so amazed by, and a bit envious of, the mental health advocacy movement that has grown strong and become a critical voice for all of those impacted by mental illness.  PRA itself – a company built upon the mission of helping those with mental illness – is a symbol of the changes that have occurred.

I was particularly touched when I came to work yesterday saw a new framed print in the main entry hall that depicted a man living on a city street who happens to resemble my uncle.Thankfully, we have come far, there is hope in this story and I am grateful that my uncle’s life helped to shape mine. I am also thankful to work in a climate where I can honor and remember him and his struggles openly and with optimism.