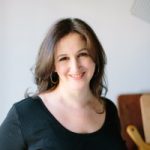 Since 2006, Deb Perelman has been cooking food and photographing it, operating the Smitten Kitchen blog from her tiny NYC kitchen. Her slant is “comfort food stepped up a bit,” always from scratch, and without “excessively fussy and/or pretentious ingredients.” Her favorites are artichokes, pommes frites, and bourbon. She has published two cookbooks, Smitten Kitchen Every Day (2017) and The Smitten Kitchen Cookbook (2012).

What’s most important is that her food is GOOD. We (Holley and Ashley K) have been separately cooking and baking from Deb’s recipes for years, through the birth of her two kids and moves to new apartment kitchens. In November of last year, we embarked on a more strategic exercise. Deb had recently posted a list of 83 “best of” recipes, and we decided to work through the list over the course of about a year. We’ve recently reached a halfway point of about 40 recipes each.

What have been your experiences to date working through the list?

Ashley: For me, it’s created an incredibly useful tool. Whether I’m interested in a specific recipe or am looking for more general ideas, I’ll go to Deb’s “best of” list first, or potentially her larger blog or cookbooks. I think there have only been one or two SK recipes that I haven’t liked or didn’t work, which was likely attributed to user error. Restricting myself mostly to her list has prevented me from being overwhelmed by endless internet recipe searching (am I the only one who does this?), the results of which may be from untrusted sources, leading to food disasters. 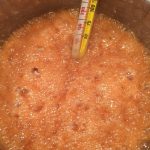 I’ve also delved into a lot of her recipes that I would have skipped over for various reasons — too simple, not enough for a meal, strange combination of ingredients — and in some cases, these have been my favorites (Chana Masala, Baked Chickpeas with Pita Chips and Yogurt, Miso Sweet Potato and Broccoli Bowl). She does not rely on meat heavily, which is great for a mostly vegetarian. Of the list of 83, 70 were meat-free (or easily converted), and her cookbooks follow a similar ratio. To be fair, this includes 30 dessert recipes (Salted Brown Butter Crispy Treats, Confetti Cookies, Red Wine Chocolate Cake, and multiple versions of brownies). In the rule-setting phase, Holley and I decided that we’d be allowed to substitute other SK recipes for a majority of the desserts, because we preferred not to be 500 pounds at the end. A lot of them somehow made the cut anyway (and if you were part of the holiday cookie exchange, you tried her salted apple cider caramels).

I’ve also loved the collaborative format. We aren’t coordinated at all regarding which recipes we’re covering at any one time, but we are tracking our progress and recipe impressions in a shared spreadsheet. It’s been a lot of fun to see Holley’s comments before or after I’ve tackled a specific dish. 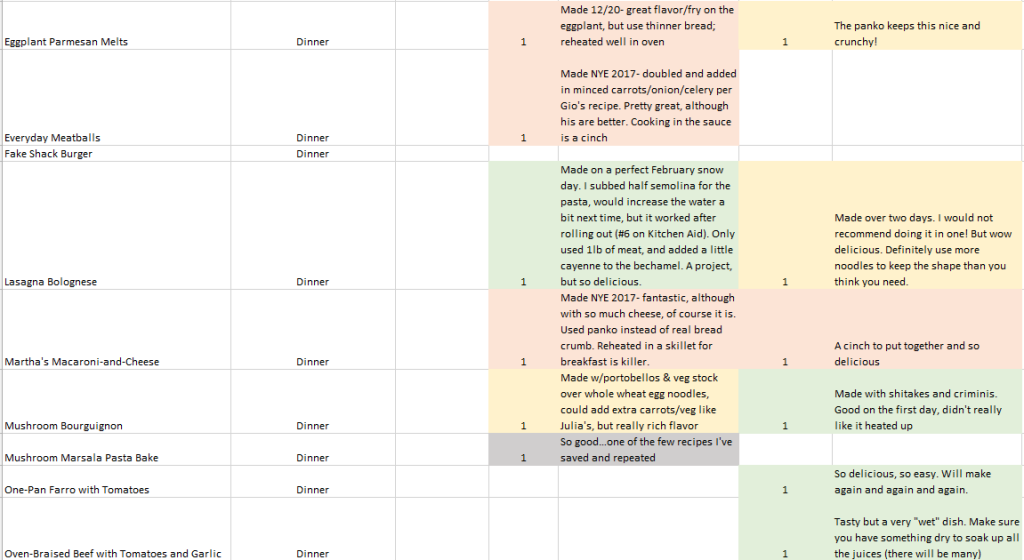 Holley: The list has been a really fun exercise in trying new recipes that I might not actually try (for example, My Favorite Brownies – I originally wasn’t a brownie person, but after trying these, I am a convert), to quickly sift through recipes for a particular event (if you need a crowd-pleasing dish that will cook up quickly and requires very little effort, might I suggest Martha’s Mac and Cheese), or trying something new and complicated that I know will be good (hands down, Lasagna Bolognese).

Going on this journey with Ashley has been really fun – she’s one of the best home (and professional) cooks I know, and I love seeing her comments on the recipes she has tried. While mine tend to be incredibly helpful and full of detail (see recent comments like “YUHMM” or “SO DELICIOUS”), Ashley provides insightful critiques, such as the addition of a new ingredient that brought the dish up to the next level or what the recipe pairs well with. I love her detailed notes; I feel like they make me a better cook!

What was your favorite Smitten Kitchen recipe so far? Describe in drool-worthy format.

Holley: Favorite recipe so far was definitely the Lasagna Bolognese, which I mentioned above. I have struggled with lasagna my entire cooking life – too dry, too wet, too bland, just not memorable or especially tasty. Most Long Island families I know tend to make lasagna with ricotta cheese, which when done right can be great, but most of the time leads to disappointing results. I made SK’s lasagna Bolognese over a cold winter weekend (day one: make noodles, cook ragu, cook béchamel, shred cheese; day two: assemble and eat everything), and it was perfect. The noodles were delicate but kept their structural integrity, the ragu was phenomenal, and the béchamel tied everything together perfectly. I made two (one to eat and one to freeze) and wish I had made about 30 more. It was an incredibly time-intensive project, but one that was a true labor of love. With this recipe, I felt like I have finally cracked the lasagna code.

Ashley: This was tough, but I think Martha’s Mac and Cheese may be my favorite so far. As it should be, considering the over six cups of cheese that are included. But why make mediocre mac and cheese? And it starts with a béchamel, which should be a necessity, as far as I’m concerned. I made this for New Year’s Eve, and toasted cold slabs of it in a skillet the next day. Heavenly way to start 2018. 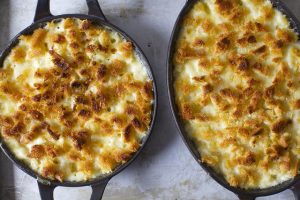 The most intense recipe that I’ve followed was her vanilla buttermilk cake, which I used as a base for a baby shower cake in early March. The cake itself is gloriously simple, but my two-tiered sprinkled creation was a multi-day project. And that was before the nightmare of transporting it, where I was not my best self. However, the just sour buttermilk flavor was a great complement to the raspberry filling and maple buttercream. 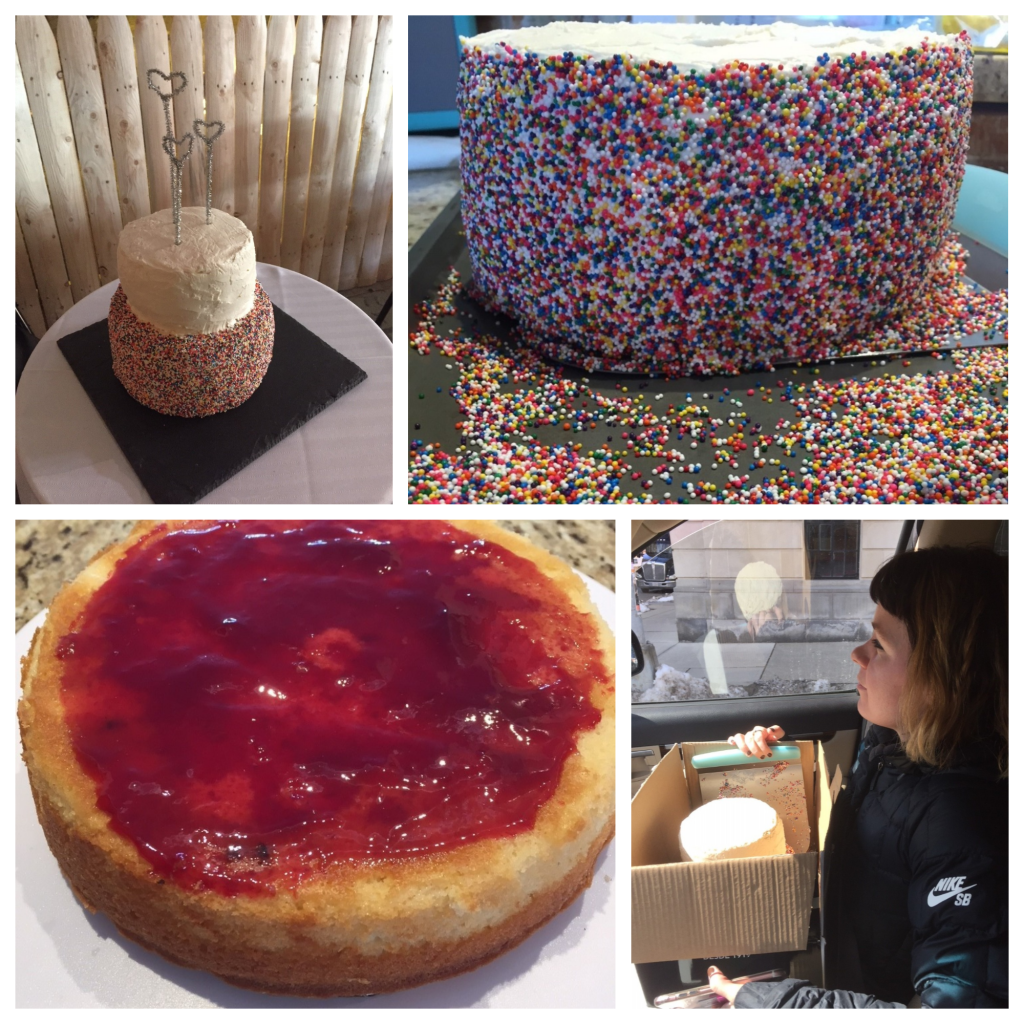 Ashley: I’m interested to see if I’ll feel like I’m scraping the bottom of the barrel when we get closer to the end of the list. I suspect not, since I’m more than satisfied with almost everything of hers that I’ve made (or have sampled from Holley).

Holley: Now that we are into summer (!!!) I’m so excited to try out the recipes that Ashley earmarked as good summer options. This includes my favorite dessert of all time, Key Lime Pie. If it turns out how I think it will, I will have a really hard time sharing it with anyone. Berry season is my favorite season, so I’m very excited to try out al of the berry-related recipes (Cheesecake Bars with all the Berries, Strawberry Summer Cake, Perfect Blueberry Muffins).

Stay tuned for our end-of-the-list update!