Around the Country in 10 Days

For two weeks in April, I was able to see a snapshot of three very different parts of the country: Washington/Oregon, Colorado, and Alabama. 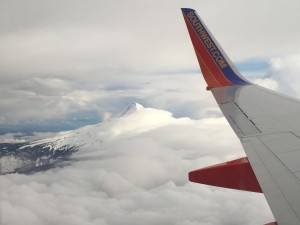 On April 1, I flew from Albany, NY to Portland, OR for a site visit in Vancouver, WA (no, not Vancouver, Canada). The Pacific Northwest has become my favorite area to visit, and this trip was not an exception. After a seemingly more brutal than normal NY winter, the new plant growth and fresh air was intoxicating.

After the site visit, Terri H. and I mastered the public transit and traveled back into Portland for a great dinner at Bottle + Kitchen (I convinced her to try stuffed dates, although the bacon wrapping may have been primarily responsible) and an after-dinner snack/breakfast at the famed Voodoo Doughnuts (we were told it was a can’t-miss destination, for a tourist). We could only manage about two bites before the sugar coma set in, but the leftovers arrived home in my luggage only slightly smashed. 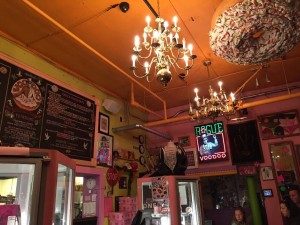 The next Monday, I hopped on a plane to Denver, crossing off the 49th state on my yet-to-visit list. The city was clean, easily walkable, and spacious; we couldn’t stop remarking on the width of the streets. 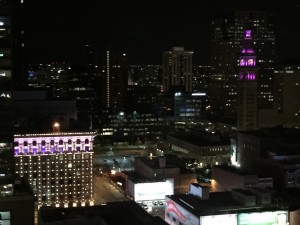 I was on my own for dinner for the first night, so I explored a bit and ended up at Euclid Hall, where I tried the below mess: a poutine of fresh-cut fries with duck, cheddar cheese curds, and black pepper duck gravy. Poutine is a Canadian specialty that everyone should try once. I may have taken a trip to Ottawa specifically for a poutine festival. I paired it with a to-die-for roasted Brussels sprout salad, which I think makes it a well-balanced meal. 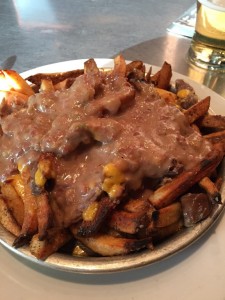 Dinner on day two was significantly more sophisticated. I met three of the other trainers for dinner at Cho Lon, a modern Asian fusion restaurant, based on a tip from some world-travelling foodies. The food is served family-style and was so good that I didn’t pause to take pictures, but trust me – you must go here.

After completing the Denver training, I flew to Montgomery, AL for another site visit. After the visit I had to drive 100 miles north to Birmingham to fly out the next day. The drive was glorious: it was shorts weather, I could roll the car windows down, and I was impressed again by how GREEN everything was. NY’s stick season was less and less appealing. 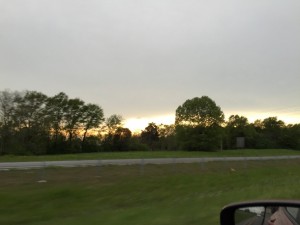 Another bonus was the prevalence of Sonic! I became a fan of their cranberry limeades while going to college in the Midwest, and I will be one of the first in line when they open in upstate NY this summer. 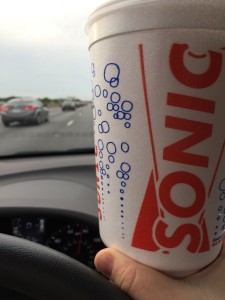 There was a raging thunderstorm in Birmingham on Thursday night, and my hotel lost power in the early morning. Staff were doing their best to keep the hotel guests happy and fed when I left, but it was an eerie environment, with many people gathered around the giant lobby windows for light. I felt grateful to have a car and to be able to drive out. 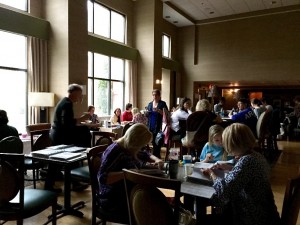 I had time to kill at the airport, so I found a local southern-ish restaurant for brisket and hash. A long trip including three airlines and 9,214 miles later, I was never happier to be home in Albany! 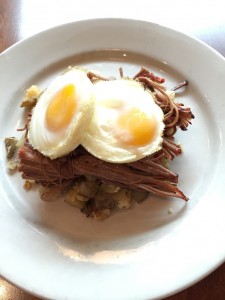