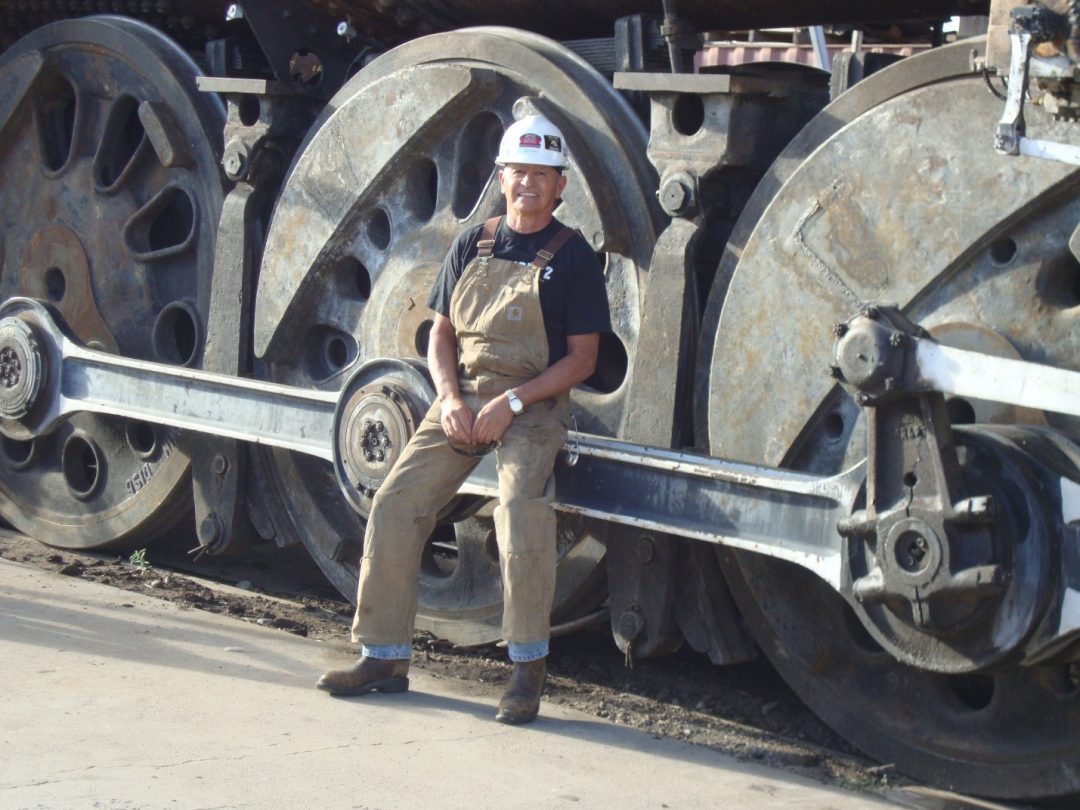 Along for the Ride

This story was shared with the SAMHSA SSI/SSDI Outreach, Access, and Recovery (SOAR) Technical Assistance Center by Daniel Rivera, whose wife Teddi Rivera is a SOAR Local Lead. An edited version of the story is below and underscores the power of the SOAR model and its reach in everything from income support, housing stability, employment, mental health treatment, and more. All names except for Teddi and Daniel Rivera’s have been changed to protect anonymity.

In the fall of 2009, I decided to end my career as a pipefitter/union activist. It had been 37 years since I entered the apprenticeship program of Local Union 412 of the United Association of Plumbers and Pipefitters. My wife, Teddi, has always been one of the most supportive people in my life. We were both 60 years young. I could retire, collect a pension, and maybe play a supportive role in her life.

We tried to figure out a way we could work together. We kicked around the idea of starting a nonprofit. Teddi sat on the board of Albuquerque Rescue Mission’s Women’s Center of Hope. Bishop Jerome, our Pastor, was the Executive Director.

We soon discovered starting a nonprofit was way too complicated and way over our heads. We had an idea of what we wanted to do, though. It was personal.

Many people in need cannot navigate the bureaucracy of social assistance programs. Too many forms, too many questions, too much history to recall. We decided that we were going to be the “form workers.”

Graham came to live with us. We tried to help him but try as we might, we could not find a way. Then one day, a caseworker from the Women’s Center of Hope told Teddi about SOAR (SSI/SSDI Outreach, Access, and Recovery). It was 2010 now, and as we continued to talk to people, we were handed a “Stepping Stones to Recovery” training binder by a case manager at Albuquerque Opportunity Center, a men’s night shelter and respite facility. After reviewing the 3-ring binder, Teddi knew this was what we were looking for. And, as it turned out, it was Graham’s ticket out.

Because of her association with the Women’s Center of Hope, my wife contacted the New Mexico SOAR State Team Lead at the time. In the summer of 2010, Teddi took the 2-day, in-person SOAR training. She became a Certified SOAR Specialist in June 2010.

I do not know why, but the people at Policy Research Associates, creators of the SOAR model, have always welcomed me to be there and support my wife.

Graham had been hospitalized. His excessive drinking had caused many physical problems, and his future looked dim. In the meantime, James, a lifelong friend and union brother of mine, was having his own issues with homelessness. He was experiencing mental health and substance use issues and had been in trouble with the law. We also took him in, and Teddi had her first two clients. Although we were not a nonprofit, we called our back bedroom the “Cirrhosis Dorm.”

My brother Graham passed away on February 4, 2018. He lived 8 years with an income, health care, housing, and, most of all, dignity. My friend James also got sober and received his union pension and SSDI benefits. The dark days of alcoholism are now behind him.

Most of all, we learned that Teddi had found her niche, except doing it at no charge was not going to cut it. So, in the meantime, we knew that SOAR needed funding, and we continued to beat the bushes. We didn’t find any money, but we found plenty of need for SOAR services. For example, we were contacted by Adult Protective Services, Catholic Charities, St. Martin’s Hospitality, our church, and even our own doctor’s office. In the first 2 years, Teddi was up to her ears in accessing disability for at-risk or homeless clients. We both attended locally held Steering Committee meetings. Teddi went to a “SOAR Train the Trainer” in November 2010 and the SOAR Leadership Academy in 2017.

The big break came in 2012 when Albuquerque Heading Home was granted funds from SAMHSA to implement a Housing First initiative. The plan included money for a SOAR Benefits Specialist. Dennis Plummer, Heading Home’s Executive Director, had learned that word on the street was Teddi Rivera was the one for the job. Teddi wasn’t sure she wanted to apply, but people told her she would be perfect for the position. Teddi knew she didn’t want a “job.” She wanted the freedom of her own business. After all, we were both 62 then. An agreement was made to contract SOAR services out to Teddi.

So began a model that would evolve into what it is today. What does all of this have to do with me? Well, it has been a journey, and I have been along for the ride. Of course, I have been involved with my wife and her work and program, but I have also heard about her clients. I have had the opportunity to witness her impact on so many lives. I have seen what a compassionate and talented woman I am married to. My admiration has grown as almost 300 clients have taken the SOAR journey with her. So many stories to be told. So many people without a voice. So many people who were unable to navigate the path to what is rightfully theirs. I have been a witness to hope, respect, and the value of the SOAR model. When it comes to those core values, my wife has always brought them to the table.

The safety net provided by the Social Social Administration (SSA) is not always an easy target to hit. Teddi’s persistence and unwavering advocacy for her clients have landed many in that net. So I guess I am here as a witness, to give testimony to her greatness.

I have seen the struggles and hardships. I have watched Teddi build relationships with the Department of Disability Services and SSA. I have watched those relationships crash and then rise again. I can’t count the number of times clients have thanked her and told her, “God bless you and your family.”

Soon we will both be 70. We don’t want it to end “this way.” This way has been successful, but there is so much more to be done. I truly believe SOAR is the most effective tool for addressing mental illness among people experiencing homelessness.

We need to ask the right questions and address big issues. We need to educate and find help throughout the state to fund and sustain SOAR initiatives. At this time, we may not have the funding for a state lead program, but we do have the support of Policy Research Associates and the SAMHSA SOAR Technical Assistance Center. We can do this armed with an agenda of outreach and education, and we can continue to grow SOAR in New Mexico.

Where do I get all this faith? It is faith based on doing the right thing. It is based on a model that works and on the success we have already accomplished. It is based on continued hope for those who seem hopeless. This ride is not over. We need to steer it to a future of understanding what a powerful tool SOAR can be in the State of New Mexico.

Inspired by this story and want to become a SOAR practitioner? Sign up for the SOAR Online Course today! It’s free and successful course completors are eligible for 20 Continuing Education Credits from the National Association of Social Workers!