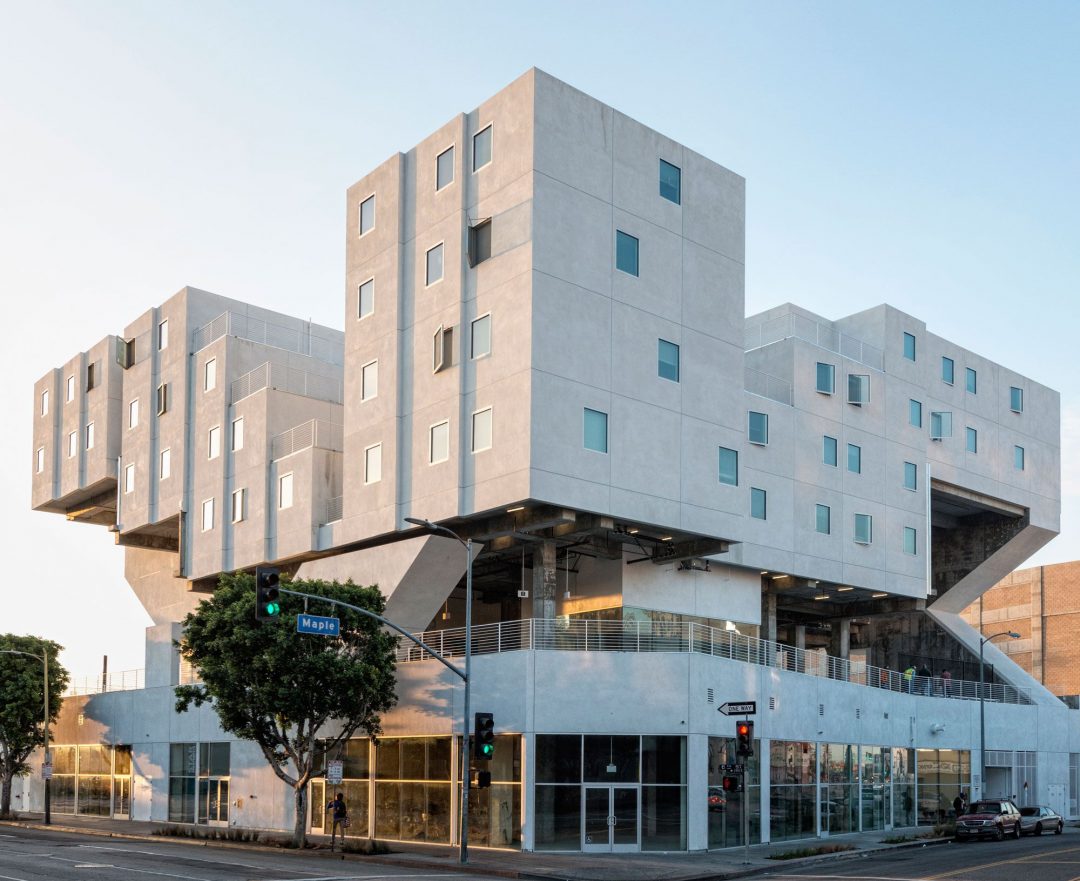 In September 2016, I flew to Los Angeles (LA) to attend a Social Security Administration (SSA) Field Hearing, as well as several other meetings to discuss the best way to collaborate and gain buy-in for SOAR in LA. We met with community members, agencies, and officials that had flown in from Washington D.C. for the meetings; but the most striking and impactful “meeting” was the one that happened outside of the scheduled agenda. It was unseasonably hot for late September; the temperature was supposed to hit 103 degrees Fahrenheit. We were scheduled to meet with a physician who works with people living on Skid Row to talk with him about his experiences, but given the heat he was too busy treating people to meet us–so we went to him.

We met Alice, an AmeriCorps volunteer who had once been homeless on Skid Row, but has been able to turn her life around and is now “helping people who use to be my tent neighbor.” Alice would be our guide through Skid Row along with two SOAR local leads who work directly with the people and programs that help those living on Skid Row. There were about eight of us who were visiting; some had worked directly with people experiencing homelessness, but many had not, and none of us had ever witnessed firsthand the poverty and heartbreak of Skid Row.  I was very aware of our appearance (dresses, suits, ties, heels) and the fact that I did not want to be seen as a voyeur coming to “tour Skid Row”, but we were assured that we would be welcome. And we were, but it was awful.

It is hard to describe Skid Row without actually experiencing it. By definition, Skid Row is an area of approximately 50 blocks located just east of downtown LA. It contains one of the largest populations of homeless individuals (between 3,000 to 6,000) in the United States. When you first approach the sidewalk, you notice people everywhere—some standing, some sitting, some milling about, lined up for food or services; most are homeless and appear disheveled, many are clearly experiencing symptoms of untreated or undiagnosed mental illness. Many are in wheelchairs and missing limbs; Alice told us that diabetes and hypertension is extremely common. We walked barely 100 feet until we could no longer walk along the sidewalk and were forced to walk in the street—there are tents everywhere. For blocks and blocks, as far as I could see in any direction, there was not one inch of sidewalk that was not covered with a tent, tarp, or makeshift structure of some kind.

The streets were covered with garbage, empty alcohol bottles, food containers, vomit, and feces. Remember it was over 100 degrees, so the smell was awful. We met a few people, some shouted at us; we witnessed a police altercation; and about halfway to our destination, I noticed that Alice was walking in the front of our group and the two local leads walked in the middle and back—“you can never be too safe around here”, they said.

We never did end up getting to speak with the physician; he was too busy caring for patients. In total, we spent about 20 minutes walking Skid Row, but in truth, it felt much longer. I don’t want to sound dramatic, but the amount of human suffering on those streets was heartbreaking. When we sat down again as a group the representative from Social Security headquarters remarked, “this is the United States—how can we let people live like this?”

Addendum: Organizations such as Skid Row Housing Trust and the County of Los Angeles, which hosted us, are working hard to end homelessness in Skid Row through providing permanent housing and support services. The County also recently began a multimillion-dollar initiative to help connect eligible applicants with benefits using the SOAR model.