Spotlighting the Work of the Service Members, Veterans, and their Families Technical Assistance Center

In 2018, the Substance Abuse and Mental Health Services Administration, in partnership with the U.S. Department of Veterans Affairs (VA), launched the Governor’s Challenge to Prevent Suicide Among SMVF (Governor’s Challenge), a national effort engaging states to implement suicide prevention policies and best practices for SMVF using a public-health approach. The SMVF TA Center was tasked with coordinating all TA components of the Governor’s Challenge, to great success. 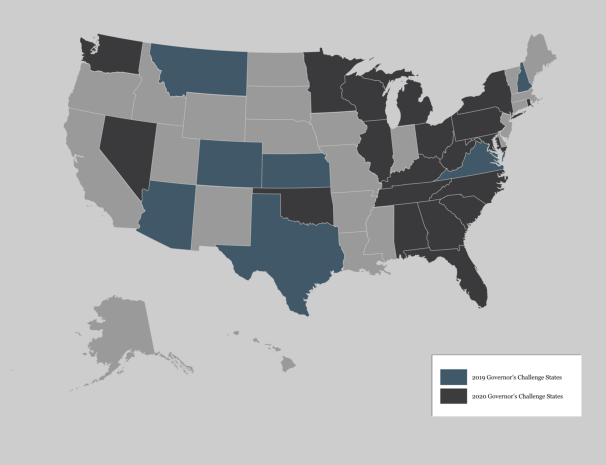 As of September 2020, the SMVF TA Center has engaged 27 states in the Governor’s Challenge through a four-phase Policy Academy process (preparation, planning, implementation, and follow-up and collaboration). As part of this process, engaged states develop strategic plans that advance VA’s National Strategy for Preventing Veteran Suicide and incorporate evidence-based strategies from the Centers for Disease Control and Prevention’s Preventing Suicide: A Technical Package of Policy, Programs, and Practices. Participating states have centered their strategic plans around three priorities:

Carrying out their mission, participating states have established robust, military and civilian cross-system teams committed to reducing suicide among SMVF. Key accomplishments from participating teams include implementing universal screening standards for military connection and suicide risk, identifying critical data elements to measure the outcomes of their efforts, and strengthening the crisis continuum of care.

Join us in celebrating the accomplishments of the SMVF TA Center and the participating states and communities in helping to save the lives of those who have served.