Recovery through a Wide Angle Lens 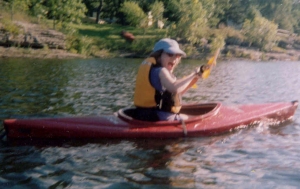 Recovery is the process of change through which individuals improve their health and wellness, live a self-directed life, and strive to reach their full potential.

In the context of our work here at PRA, I think of the SAMHSA definition of recovery in light of behavioral health. Recently, I started thinking of it in a broader context.

A few months ago, I saw a dance performance in which one dancer was in a wheelchair. The dancer/choreographer, Jorelle Pome, had been injured in a car accident about 10 years before, when she was in her early 20s. After the performance, several films were shown that featured her dancing before the accident. This bothered me. I wanted to urge her (beg her) not to look back, to tell her it’s about the here and now and moving forward…

I later thought I’d been hard on her – 10 years is no time at all when it comes to adjusting to a devastating disability and life change. I was 15 when I incurred a hearing loss. I tormented myself for years, yearning for the days before I had a hearing loss, for the miraculous cure. Irrationally, I wondered if my family had stayed where we had been living instead of moving here whether I’d have lost my hearing. I felt very alone with a terrible problem. My hearing loss wasn’t evaluated by an otolaryngologist until I was 18. This doctor suggested I look into hearing aids. I was horrified (think stigma). My grandmother wore a hearing aid, but she had 50-plus years on me. Hearing aids did not fit with my self-image at all.

After college, I lived in New Mexico for a time, hoping to find work in the field of anthropology, my undergraduate major. Instead, I found work in a restaurant. I made for an eager-to-please but rather confused waitress, so I quickly moved into the kitchen. One of my co-workers asked me at one point, “Are you deaf or something?” I was stung! At around this time, I learned my hearing loss was progressive and finally, 9 years after I incurred a hearing loss, I bought one hearing aid (although I have a bilateral loss) and then I wore it only when my hair was down. It wasn’t until I was 27 and read a book by a man who had lost his hearing and told it like it was that I felt connected to someone who understood my struggles. I wrote to the author and he invited me to New York, where I had dinner with him and his wife and a friend of theirs – a man my age who had hearing loss.

Through these people (think peers), I became much stronger, and when I was 30, I was a founding member of Hearing Endeavor for the Albany Region (HEAR), a support group. I encountered four or five people through HEAR who were to become my fast friends.

Also at age 30, I found myself working in Laboratory Information Services at Albany Med. I had two hearing aids by now. Once during my tenure there, a co-worker asked me, “Janet, I have two deaf aunts who are retarded and their parents were old when they had them. Were your parents old when they had you?” Ummm…

On to graduate school. I was going to do things the right way. For the first time, I had my professors and other lecturers use FM assistive-listening devices (for hearing in large areas). A student in the program helped me out by taking notes. I told people up front that I had a hearing loss.

Unfortunately, these measures were not entirely successful. Some professors would turn off the transmitter so I couldn’t hear their private conversations and forget to turn it on when they started lecturing. Others would wear clothing they didn’t want to clip mics to or clothing that didn’t have pockets in which to put the transmitter or belts to clip the transmitter to. Before every lecture, I’d have to approach the lecturer; hand over the equipment; and if the speaker were a guest, explain what I needed them to do and why. After every lecture, I’d have to retrieve the equipment. Then there were the dead batteries and such…. Finally, while the devices helped, they weren’t corrective. I found “the right way” emotionally exhausting, as stressful in its way as not hearing well. If that’s what access was all about, I decided I didn’t want it. You could say I relapsed or you could say I made an informed decision – or maybe a little of both.

At times, though, I have wanted access, whatever the flaws. I am required to report for jury duty despite my hearing loss. My most recent fling as a prospective juror took place a couple of years ago. We were first to convene for basic instructions in a large room. The room was not accessible to me, and I could barely follow what the speaker was saying.

The courtrooms were accessible. At one point, however, I asked to speak to the judge and attorneys in the judge’s chamber. This room had a very high ceiling and no access. I was lost. I explained I had a hearing loss, and the attorneys looked at me with alarm, questioning my ability to serve as juror. Something about the entire experience now spurred me to hiss, “I’m sorry, but I am required to be here today despite my hearing loss, and I cannot be dismissed because of it.” The attorneys looked questioningly at the judge, and he nodded sadly to them. Back to the court room. One attorney found a way to get rid of me. I was a woman living alone, and the case involved a man convicted of sex crimes who had been released from prison to a psychiatric institution and wanted out.

After being dismissed, I paid a visit to the commissioner of jurors. He had the temerity to tell me that cost was the reason the large meeting room and judge’s chamber weren’t accessible!

I had another bad moment several years ago when I emailed Adobe and asked if they had considered captioning their instructional videos (Lynda.com is great in this regard.) The verbatim response was, “Janet, I’m sorry, but we do not have closed captioning on our videos… money vs. demand constraints have limited our production of this feature. Best Regards…”

There have been great moments too. When I started working at PRA, I was offered the world, and that offer has been renewed several times since – something I truly appreciate, although I continue to decline most accommodation.

Most recently, truly excellent systems, or “hearing loops,” have been installed in two places of public assembly (with pre-existing sound systems) in the Capital District.  My “peer group,” now renamed the Hearing Loss Association of America – Albany Chapter, is working to increase that number. To use this system, one simply changes a setting on one’s hearing aid, and barring electromagnetic interference, the reception is virtually perfect.

In an about face, I think about how brave Jorelle Pome is to pursue a dancing career despite her disability, about how well she is doing at 10 years! Recovery from any chronic limiting condition is a journey in hill country.