This article is part of a GAINS Center series on promoting race equity in behavioral health and justice outcomes. Read Part 3 here.

Four years ago, Multnomah County, Oregon was at the beginning of a critical and challenging process. The County’s Local Public Safety Coordinating Council—a collaboration of public safety leaders, including the district attorney, police chiefs, public defenders, elected officials, and more—began a system-wide analysis of public safety data in partnership with the Safety and Justice Challenge, supported by the John D. and Catherine T. MacArthur Foundation.

The analysis resulted in a comprehensive report summarizing Racial and Ethnic Disparities (RED) at each decision point in the County’s criminal justice system. The report confirmed inequities public safety leaders knew existed; there are disparities in all criminal justice systems across the country. However, in Multnomah County, where African Americans make up 29 percent of the jail population, despite making up just 6 percent of the local general population, an unsettling picture emerged and prompted calls for change.

Policymakers were also acutely aware of collateral impacts to the community: the loss of wages, employment and benefits, time away from family commitments, and a cycle of compounding inequalities. But the report, while troubling, served as a catalyst for change and empowered policymakers to use the data to verify where disparities exist and take steps to improve the justice system for communities of color.

An area of focus for county leaders was entry into the criminal justice system. Further analysis of data by the Multnomah County District Attorney’s Office identified a disproportionate number of people of color (specifically African Americans) charged with fare evasion after being excluded from public transportation.

The charge, called Interfering with Public Transportation (IPT), is a Class A misdemeanor equivalent to drunk driving or assault and punishable by up to a year in jail.

“With 500 cases involving IPT charges coming into the office each year for review, 350 to 400 cases involve someone who was charged with IPT because they were caught riding public transportation, usually for not paying their fare, while under exclusion. The other 100 or 150 are going to be behavioral based,” he said, “but amongst both groups we see disproportionality – from an RRI (Relative Rate Index) standpoint, of about 8 to 1 range.”

The review prompted an overall policy change, not just in Multnomah County, but two other major surrounding counties. Prosecutors agreed, except for in extreme cases, to stop prosecuting excessive ‘Interfering with Public Transportation.’

Data analysis also showed a disproportionate number of African Americans arrested, booked and charged with possession of cocaine and methamphetamine compared to whites. The county sought to change its approach to those involved in low-level drug activity and drew guidance from its neighbors to the north. 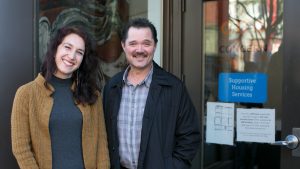 The Seattle-based Law Enforcement Assisted Diversion or LEAD® pilot program was developed in 2011 after the local community experienced a stream of low-level drug and prostitution offenders cycling through the criminal justice system. The pre-booking diversion program allows officers to redirect low-level offenders engaged in drugs or prostitution activity to community-based services instead of jail and prosecution.

The program employs a harm reduction philosophy: policies and strategies aimed at reducing the negative individual and collective consequences associated with drug use while recognizing that abstinence may not be attainable for everyone. Participants aren’t penalized or denied services if they do not achieve or maintain abstinence. According to a 2015 study by the University of Washington, 58 percent of participants are less likely to be arrested after enrollment in LEAD® compared to those who went through the “system as usual.” 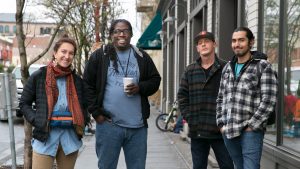 Last February, the County launched its own version of LEAD®. The pilot, which also employs a harm reduction model, is entering its second year. Participants can choose to connect with a caseworker and advance toward self-identified goals, including treatment, employment, mental and physical health needs, and more. If a LEAD® candidate faces a subsequent arrest or fails to complete an evaluation, a Multnomah County District Attorney, Portland Police officer, county Mental Health and Addictions worker, and caseworkers work together to discuss the client’s situation and determine whether he or she should remain in LEAD®.

As of March 2018, 94 people have enrolled. Seventy-two of them are active in LEAD®. Many have also resolved outstanding legal issues, like warrants and citations. Fifty-three people identify as white and 41 as people of color.

Inspired by LEAD®, the county also launched another pre-booking diversion pilot, Mental Health Diversion. Championed by Multnomah County Sheriff Mike Reese, those who engage in low-level misdemeanor behavior (Disorderly Conduct or Criminal Trespass 2) are eligible to engage in voluntary transport by police to an urgent mental health walk-in clinic. If the individual engages in an intake conversation with a peer, the misdemeanor case will likely not be filed.

The sheriff spearheaded the effort after seeing too many inmates with significant mental health-motivated behavior struggle in jail. The program aims to increase pre-booking diversion opportunities for law enforcement by reaching out to Cascadia Behavioral Healthcare, a local service provider hoping to help individuals avoid unnecessary incarceration.

“The person who is being arrested has to consent to going to Cascadia and the exchange of information,” Sheriff Reese explained in response to concerns about profiling before a County Board meeting last November.

“The District Attorney, when they see that a person has been connected to a mental health provider and that there’s been engagement, will likely dismiss the charges,” he continued. “So the District Attorney’s Office has been a part of this process and has agreed that diversion is the appropriate response to people in crisis, not the criminal justice system.”

Multnomah County justice leaders have embarked on policy and practice changes to mitigate justice involvement on communities of color. Among the changes, the common thread is data and analyses. It not only helps identify where disparities exist, but increases the political will to create policy change.

Whenever safe and appropriate, the County wants community members to be helped in the right non-jail environment.