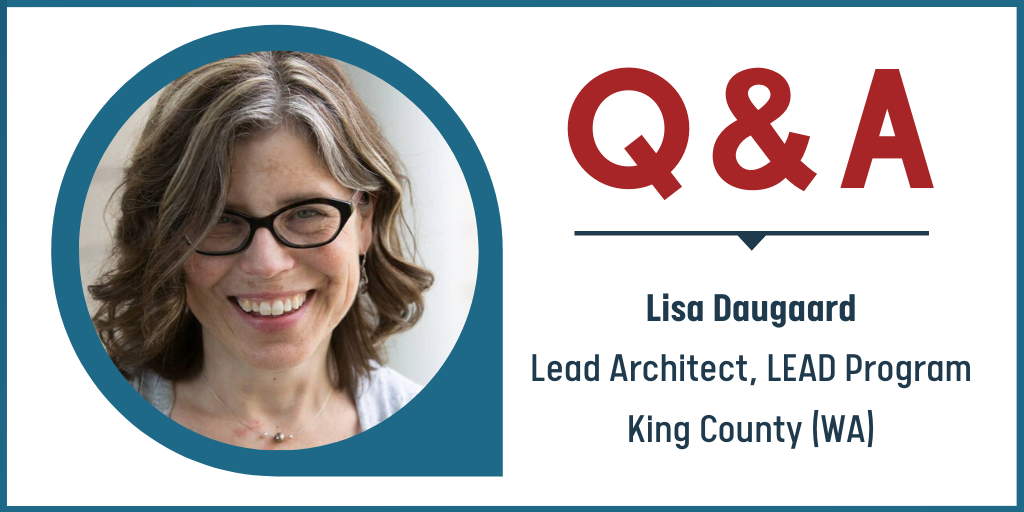 As lead architect of the Law Enforcement Assisted Diversion (LEAD) program in King County (Seattle, Washington), when you compare attitudes from when LEAD started until now, how has the field evolved in terms of accepting alternatives to justice involvement?

The question has shifted from whether to how it’s a good idea to offer an alternative to jail and prosecution for many people who legally could be pursued in that way. There is now widespread acceptance that we can’t arrest our way out of problems caused by behavioral health conditions and that we have overused jail and prison. But there is a real lack of clarity about what should come in place of those mistaken approaches and some problematic ideas about diversion that will, in their own time, fail people almost as profoundly as over-use of the criminal legal system has. “Divert to what?” is the critical question.

What is your best piece of advice to other jurisdictions around the country that are planning to or have recently implemented LEAD?

As a recipient of a 2019 MacArthur Fellowship and a founding attorney for the Defender Association Racial Disparity Project, how do you think can we foster increasing acceptance to approaches that reduce justice involvement and disparate outcomes among people with behavioral health disorders?

What we build has to actually work and make sense for the individuals receiving care and being offered a response outside the criminal legal system. For police. For neighborhoods. For elected officials who put their reputations and careers behind this approach. Acceptance flows from actual and anticipated satisfaction—a belief that the approach taken will meet one’s needs. I’ve found that there was much less resistance than I expected from the constituencies that I saw as promoters of mass incarceration to trying a very different approach, so long as their needs were acknowledged and their partnership was valued. LEAD participants were skeptical at first that police officers were going to open a door to people, not let them down, and really meet them where they were, honestly facing the truth that they couldn’t change all aspects of their existence overnight or even in a year. But those cops kept their word, the case managers kept theirs, and then LEAD participants started putting the word out on the street that this was different.

What has been a motivating factor in pushing forward with your work in criminal justice reform?

Seeing that deep transformation is possible. It’s not just something that lives at the level of rhetoric anymore—having seen people acting completely different with one another, willing to remake their jobs, and willing to all be on the same side, rather than infusing their daily routines with retribution and breaking others on purpose. I will say that my own profession, lawyers, are the biggest barrier—the criminal justice system has no intention of giving way, and to survive in this new era, it is now rapidly recasting itself as the (very expensive) portal through which people have to pass in order to heal and get better. So, I’m very motivated to remove lawyers and judges from the center of healing and recovery. We just don’t need to be the heroes of that work.