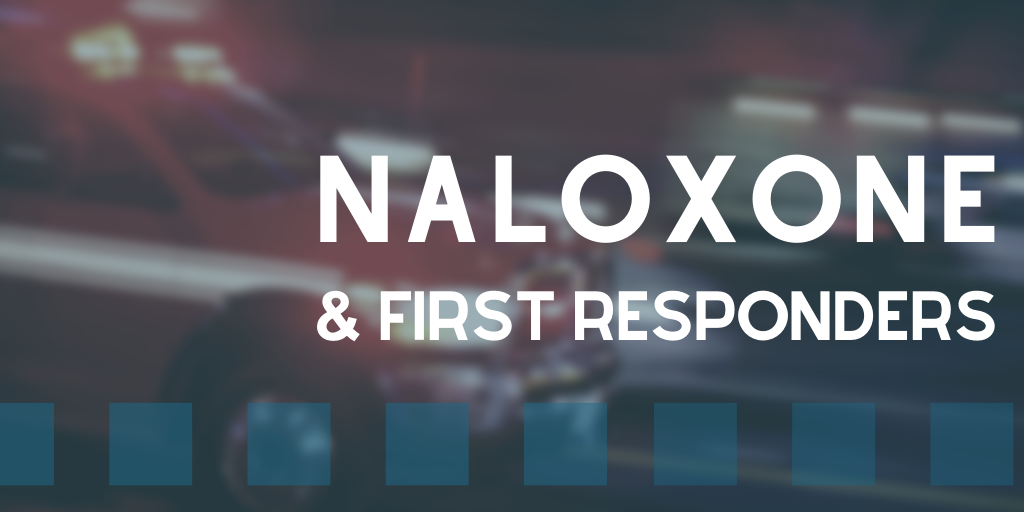 In the ongoing and multifaceted effort to address the national opioid epidemic, naloxone has emerged as an important resource to reduce opioid overdose deaths. In many communities throughout the country, first responders have been trained to carry and administer naloxone when they arrive on the scene of a suspected overdose. Often, those first responders are law enforcement officers and members of fire and emergency departments. While naloxone alone will not end the opioid crisis, its use is one factor that has played a role in recent statistics that reflect a slight reduction in opioid overdose deaths.[i]

Naloxone is a medication that blocks the effects of opioids to reverse an overdose. According to the National Institute on Drug Abuse, it is safe to use if an individual is exhibiting signs of an overdose. It will not cause harmful side effects if, during a crisis, it is administered to someone who has been misdiagnosed.[ii]

Naloxone can be administered in different ways. The Food and Drug Administration (FDA) has approved three methods to administer naloxone:

In 2016, the nasal spray was approved by the FDA as an alternative to injection and auto-injection to make naloxone easier to administer. Non-FDA-approved naloxone nasal sprays were in use for many years prior to its approval, but the 2016 approval significantly broadened its dissemination, including to family and friends of people known to be using opioids.

Studies from 2019 indicate that administration through injection is more effective than the nasal spray in reversing an overdose because of the high levels of naloxone administered directly into the bloodstream. More training will be needed for first responders to administer naloxone through an injection.

Local governments can purchase naloxone kits for their first responders to carry, which impacts a community’s budget. The cost of addressing the opioid crisis itself has been taking a toll on those same budgets, as services such as autopsies and staff overtime have been required more frequently. This has some decisionmakers questioning the jurisdiction’s ability to cover the cost of naloxone. Data that compare the price of emergency department care with the price of naloxone kits may prove helpful in justifying the cost to communities viewing the cost as prohibitive. Other cost considerations include training personnel in naloxone’s administration. While training is increasingly being offered for free, the jurisdiction must often bear the cost of staff time while the training is being conducted.

Data show that naloxone is offered less frequently to first responders in rural communities than in urban and suburban communities. Rural settings also have lower rates of repeated administrations of naloxone to the same individual.[iii] This can be attributed to a variety of factors that differentiate rural communities. Rural communities typically have smaller tax bases, and this reduced revenue may cause these communities to have less funding available for the training and implementation of naloxone.  First responders in rural communities are most often volunteers who are employed in other settings and must take time to meet the training requirements of their role. Rural settings are more dispersed, and the delay in arrival at the scene of an overdose may result in death before emergency services arrive.

As efforts continue to advance naloxone administration at the federal, state, and community levels, a rise in the use of synthetic opioids is making that need all the more urgent. Fentanyl and other synthetic opioids have been found to be more resistant to naloxone, because of their high potencies.[iv]  Fentanyl-induced overdoses require a higher dose of naloxone in order to be effective. Rates of overdose deaths involving synthetic opioids other than methadone, which includes fentanyl, increased 10% from 2017 to 2018.[v] This is giving rise to a call for carrying increased doses of naloxone. Both the nasal spray and naloxone auto-injection are packaged with two doses to allow for repeat dosing if needed.