Where My Journey to Anti-Racism Began | The College Years

This entry was originally posted on the Reckoning with Racism Facebook page.

Where I grew up was white. I mean, really white. (So white, that when I brought an African American friend home from college one time, my young baby sister stared at her and caressed her arm! My friend just matter-of-factly shook her head and said, “Yes, it’s brown.”) However, growing up, my dad would share stories about a friend he had from college who was African American; and, that made me feel like having friends different from me was a good thing. So, I went to college very open to having diverse friends. And thank goodness, because God had this friend, Maiya, just around the corner.

Maiya and I crossed paths through a few common interests and mutual friends—we were both Christians and were involved in Christian programs on campus. We were also both in the health sciences at Elon University, so our academics overlapped, too. Eventually, we were sharing secrets about our crushes and pooling resources when we ran out of meal dollars for campus dining. Corn dogs and microwave popcorn is still one of our favorite meal memories.

Through our friendship, seeds were being planted for me to see the world in a new way. I remember once Maiya was talking about her dad and how he held Malcolm X in high regard. I had only heard of Malcolm X as being a terrorist and didn’t know that there were people who admired him. I was too embarrassed to admit that to her and just quietly nodded my head and pretended like I knew more than I did. I don’t know if my wide eyes gave me away.

Maiya began to show me to how she and other African Americans experienced the world (and the Elon campus) differently than I did…and I couldn’t default to my usual assumptions and write off her concerns. She was my friend…her concerns were legitimate. For that reason, I had to revisit my thought processes and examine my racist perspectives. I had to face my tendency to mistrust what Black people said. In fact, I actually didn’t believe African Americans…until it was her, a friend, whom I felt deeply ashamed for doubting. So, I decided I wouldn’t doubt her. I would believe her fully, at her word, just like I would any of my other White friends.

But believing my Black friend was a first step, which opened the door to questions and self-reflections on why I didn’t believe all Black people. So, when we graduated from Elon, I was only starting my journey towards anti-racism. I was full of questions, conflicted, and very uncomfortable. I had realized that I doubted Black people and began to practice believing them…but it would take years to really undo the habits of presuming myself superior and automatically trusting White people or White institutions over Black people. In fact, I am still working on it.

Maiya didn’t have to be the friend that she was, so I am very grateful she was willing to be a pivotal, life-altering influence on me. It is a deep joy to unlearn my past habits and embrace the habits of anti-racism. 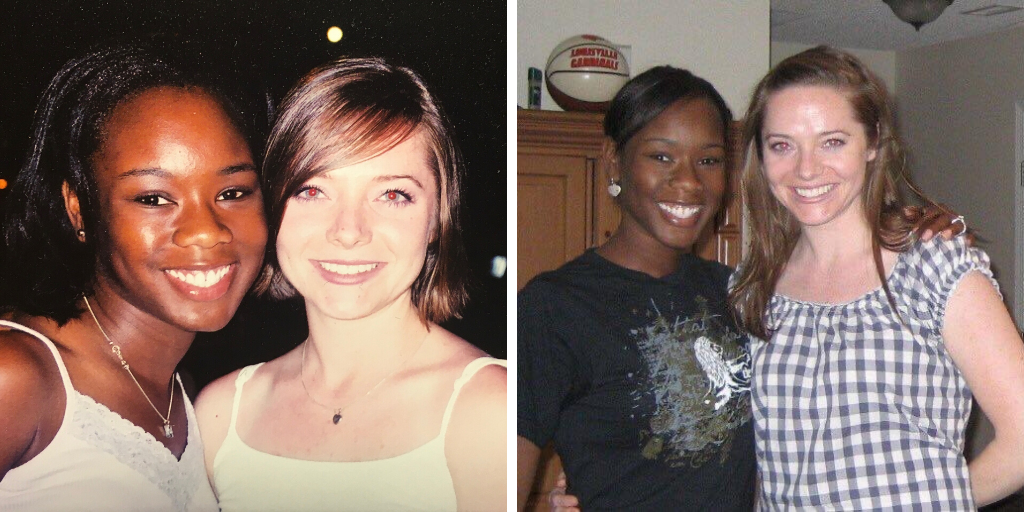 Maiya and Melissa in college