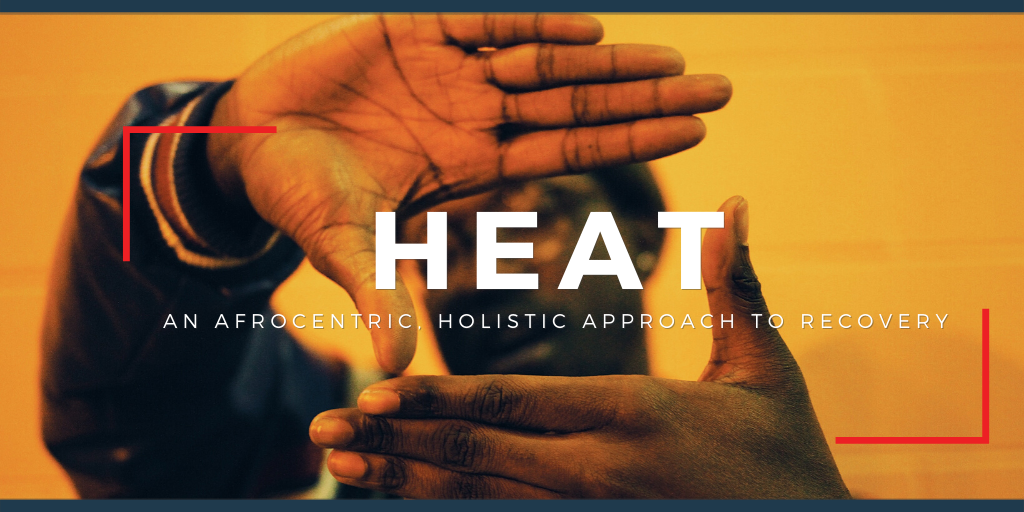 When Darryl Turpin is asked why there needs to be a specific curriculum for African American men ages 18 to 29 with mental and/or substance use disorders who are involved in the criminal justice system, he thinks the answer is obvious. “This is the population that we’re missing,” says Turpin. “They’re the hardest population to engage, and they have the worst outcomes when it comes to successful completion in programs.”

With his partner Guy Wheeler, Turpin helped develop Habilitation Empowerment Accountability Therapy or HEAT, a trauma-informed, culturally responsive, developmentally targeted program for young African American men in the justice system. HEAT for Youth works with adolescents ages 13 to 17 in or at risk of involvement in the juvenile justice system. Their newest program, directed to African American women in the criminal justice system, is called HER, Habilitation Empowerment Recovery. HEAT programs are in use nationwide.

Both Turpin and Wheeler worked in drug courts at a time when they were losing a lot of African American men from the program. Research indicates that young African American men are less likely to graduate from drug courts than other participants. “Back in those days, if you weren’t treatment ready, you got therapeutically discharged, so drug court really forced us to look at a different way to engage this population effectively,” Turpin recalls.

Together, he and Wheeler developed a manualized intervention, with a facilitator’s guide and participants’ workbooks, that focuses on the individual, family, community, and spirituality. “We unapologetically make spirituality a core piece of our work,” Turpin says, adding, “that’s an Afrocentric principle.” It’s not about organized religion, it’s about a sense of interconnectedness with the universe.

Another Afrocentric principle is collective responsibility. “That means that if I’m doing well, I have an obligation to reach out and help my community, so I uplift them as I climb,” Turpin explains. Community advocacy is an important part of the HEAT curriculum.

So, too, is the habilitation piece. Rehabilitation is based on the idea that a person was highly functioning at one point in their life and needs to reclaim those skills and abilities. In contrast, habilitation assumes that young African American men never had those opportunities or connections in the first place. “We’re teaching skills, such as decision making, from the ground up,” Turpin says.

The HEAT curriculum is as much about culture as it is about race, Turpin remarks. “In culture, you’re talking about customs,” he says. “You’re talking about language. You’re talking about a whole array of things that are specific to a particular group.” When you try to adapt evidence-based practices that have been developed for a majority population, you risk the fidelity of the model, Turpin believes. With HEAT, all of the material is based on Afrocentric principles that speak to Black populations.

HEAT is a 9-month program that includes a maximum of 80 counseling sessions. The curriculum was pilot tested in drug courts in Kentucky and Indiana, and researchers found that “participants with serious criminal and substance use histories were willing and able to complete the lengthy 9-month curriculum, were satisfied with the intervention, and graduated from drug court at substantially higher rates than are commonly observed in this at-risk population.” They noted justification for examining the intervention in fully powered randomized controlled trials.

Turpin hopes there will come a day when such special programs are not necessary. For now, he notes, “the disparities that exist in our criminal justice system are still very glaring.” HEAT is designed to help address a population affected by institutional racism.

3 comments on “HEAT: An Afrocentric, Holistic Approach to Recovery”