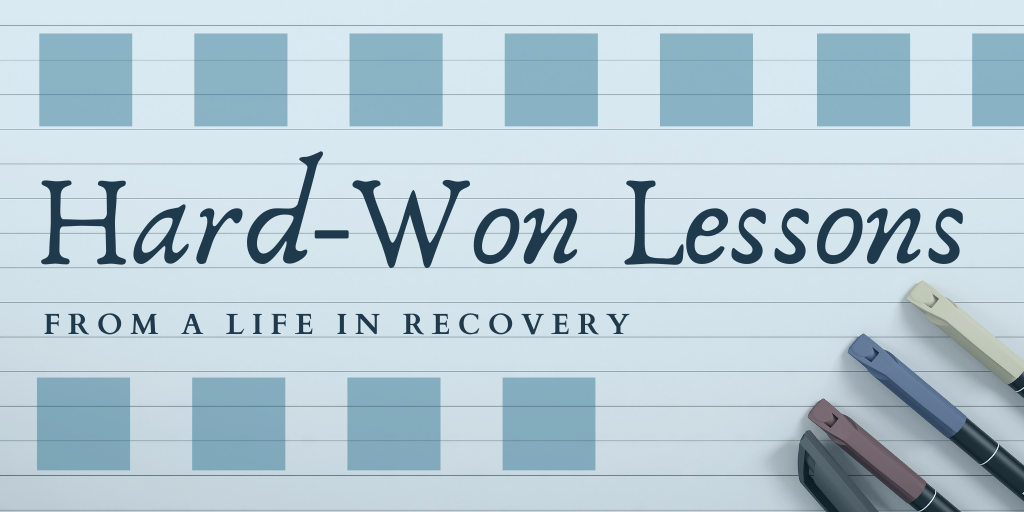 Hard-Won Lessons from a Life in Recovery

Mariel Hufnagel, M.P.A., CPRS, credits her recovery from a mental and substance use disorder to “luck and grace.” But she believes that a person’s recovery shouldn’t depend on luck, and she has some thoughts on how things could and should be improved. Hufnagel is executive director of the Ammon Foundation, which provides scholarships and ancillary support to people in recovery from addiction to pursue higher education, vocational school, or a certificate program.

Hufnagel’s observations are hard-won. She began self-medicating her untreated mental illness at a young age, which resulted in a debilitating crack and heroin addiction by her late teens. Her addiction led her to a “dark and desperate place” that included homelessness, sex trafficking, and criminal justice involvement. She had numerous run-ins with law enforcement and was never offered any treatment or services, she says. That didn’t change when she was arrested on May 7, 2007, yet that’s when her recovery began.

Hufnagel was forced to detox in jail without any medical support. “I was just a very scared and very sick 21-year-old, and there was zero compassion or empathy given to me for suffering from a very real, crippling medical condition,” she recalls. She was in jail for approximately 6 weeks that time and, she says, “It created a separation from alcohol, drugs, the lifestyle and the people I was associated with. I believe that separation allowed for a little bit of clarity about my life—and that clarity became the catalyst for me to change my life.”

Hufnagel’s experiences have led her to advocate for changes in both the mental health and substance use treatment system and in the criminal justice system, beginning with closing what she calls a “deadly, systemic gap between treatment and recovery support. Treatment is about recovery initiation; recovery is about long-term wellness,” she says. The first thing that needs to happen, she believes, is a shift from criminalizing addiction and mental illness to treating it as a public health problem. The war on drugs has only served to further stigmatize addiction, Hufnagel notes.

Treat Addiction as a Chronic Condition

Second, “even when we treat addiction medically, that treatment comes in an acute model,” Hufnagel explains. “It doesn’t come in a true continuum of care, which any other relapsing, chronic condition would have.” She likens the current model of addiction treatment to waiting until someone has stage 4 cancer before offering help. “We don’t do that with cancer,” Hufnagel says. “We promote prevention, early detection and intervention, and aggressive treatment, followed by support services and ongoing care to keep someone in remission.” In contrast, she points out, most addiction treatment ends after a set number of days with a limited or nonexistent aftercare plan for supportive services, including employment, education, and housing.

Offer Services in Jail and on Reentry

Hufnagel believes she should never have been in jail when she was 21; she should have been diverted to treatment. But when someone does need to be in jail, they should have the availability of medication-assisted treatment and support services. “There should be access to therapy and peer support, and there should be a plan for when a person is leaving that sets them up for success instead of recidivism,” Hufnagel notes. Transitional services, from both treatment programs and from incarceration, are critical, she adds.

Hufnagel sees the need to also address some broader systemic issues. In particular, she believes she was given multiple chances to escape sanctions during her encounters with law enforcement because she was a young, white female of relative means. “Even though some of my criminal justice system experience was tremendously traumatizing, I can’t begin to imagine what it would have been like had I been a transgender individual, a person of color, an immigrant who doesn’t speak English, or someone living in poverty.”

Cutting across all of her recommendations, Hufnagel calls for the active participation of people with lived experience of mental health and/or substance use disorders and those with criminal justice involvement. They need to be at the table when policies, programs, and broader solutions are being discussed—alongside clinicians, law enforcement, and other key stakeholders, she believes. People with lived experience also provide critical peer support in a continuum of care model, helping empower individuals and connect them to needed resources. “We’ve seen that the power of connecting with someone who has had similar experiences and/or experienced similar feelings is second to none,” Hufnagel remarks.

Ultimately, Hufnagel believes that the mental health and substance use treatment system and the criminal justice system would benefit from a focus on holistic wellness. “No two people’s trauma or drug misuse is the same, but we really need to look through a whole-health lens when supporting recovery,” she remarks. An emphasis on the social determinants of health is critical to ensure that people stop cycling in and out of the treatment and justice systems. “We would very much mitigate recidivism if we were supporting and empowering people every step of the way,” she concludes.