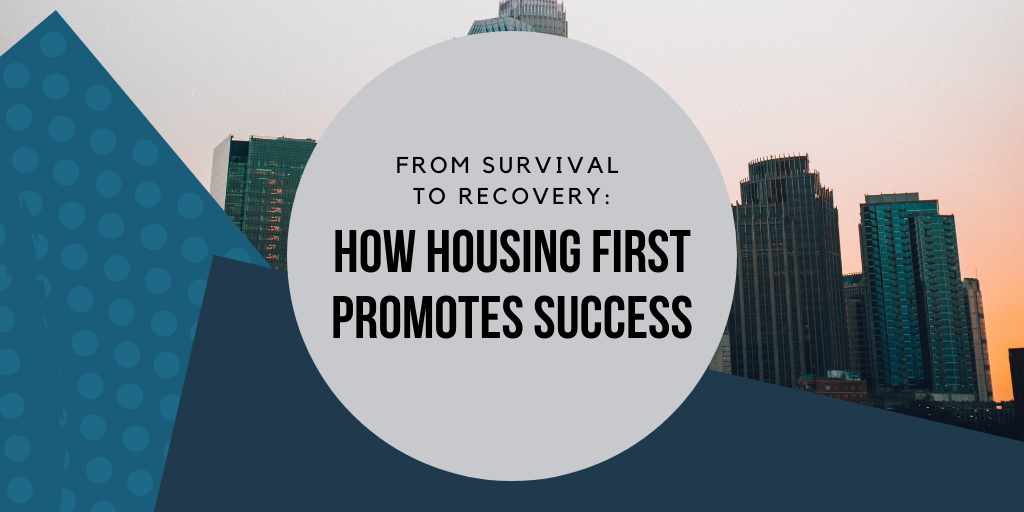 From Survival to Recovery: How Housing First Promotes Success

Prior to 2012, a group of stakeholders from the criminal justice and behavioral health systems in Mecklenburg County (Charlotte, North Carolina) developed a program to divert individuals arrested for nuisance crimes into a residential stabilization program. “They did this for a few years and found it was failing,” says Stacy Lowry, MSW, LCSW, director of Mecklenburg County Community Support Services. There were too many hoops the clients had to jump through, including being sober, attending mental health counseling, etc., to keep their housing. “They found that it was easier for individuals to serve their jail time, then go into the residential stabilization program,” Lowry explains.

So, the group got back together in 2012 and invited homeless services providers to the table to come up with an alternative. They knew they wanted their approach to be data driven. And they wanted there to be a “what’s next” because there wasn’t a step after the residential stabilization program. Together, the group discovered the FUSE program developed by the Corporation for Supportive Housing. FUSE stands for Frequent Users Systems Engagement. FUSE is a permanent supportive housing program that helps break the cycle of homelessness, incarceration, and costly emergency services used by people with complex health and behavioral health challenges.

For MeckFUSE, the program in Charlotte, stakeholders first matched data between the homeless management information system (HMIS) and the offender management system (OMS) maintained by the Sheriff’s Office. They looked for individuals who had 4 or more jail admissions in the past 5 years, 4 or more shelter admissions in the same period, and had a behavioral health issue. They also had to be without a permanent residence, able to live independently, and be a U.S. citizen or legal resident. In 2012, MeckFUSE found 200 people who met that criteria. In the spring of 2013, the county contracted with its service provider, Urban Ministry Center, now called Roof Above, and housed their first client in August 2013. Today, the program can serve 50 clients and is entirely county funded.

MeckFUSE case managers go into the jails and homeless shelters to engage with potential clients who meet the program’s criteria. Case managers offer clients permanent housing with supportive services as needed and help them develop a comprehensive case plan. To help reduce barriers to housing for clients with a criminal record, MeckFUSE master leases the apartments from landlords and then subleases them to the clients. Lowry believes this is a big part of the program’s success.

All MeckFUSE clients are linked to a medical home, and case plans are built around the individual’s stated needs. “We do a lot of motivational interviewing and a lot of harm reduction to help with individuals’ behavioral health needs,” Lowry says. In addition, some clients want assistance with finding employment or getting job training. “Whatever it is they want, the case manager is there to walk them through it,” Lowry explains. “They have a caseload of 1 to 15, so there is a lot of hands-on contact.” Case managers have also helped clients reconnect to family members and learn to be a good neighbor.

Data compiled from a 3-year process and outcome evaluation show that MeckFUSE is serving the individuals it was designed to help. Nearly all—98 percent of the individuals—had an adult conviction record with an average of 13 convictions, and 90 percent reported more than 12 months of homelessness, either in a shelter or outside. Eleven years was the average number of years that people experienced homelessness. The typical client was a 48-year-old African American male.

Key findings from the evaluation show the program works. It has a 90 percent 2-year housing retention rate, with an 87 percent reduction in shelter use, a 43 percent reduction in ambulance service charges, and a 24 percent reduction in hospital charges. Approximately 74 percent of the comparison group was arrested in the 3 years since the MeckFUSE program began, compared to 60 percent in the MeckFUSE program. Comparison group members were arrested much more quickly than MeckFUSE participants (average 5 months vs. 15 months). Fifty-seven percent of participants said they improved their relationships with their children.

Lowry acknowledges several challenges. One is finding what she calls “felony-friendly landlords. Even though we’re master leasing,” she says, “there are some landlords that don’t want anyone who has a felony [conviction] residing in their apartment complexes.” They have been helped by landlords who have a good relationship with the MeckFUSE program, referring them to their fellow landlords. Another barrier is simply the lack of affordable housing itself. Still, another challenge is the lack of health insurance among most of the program’s participants. North Carolina has not expanded Medicaid under the Affordable Care Act, and it can be difficult to find specialty care, especially mental health treatment, for uninsured clients.

Finally, the program is only funded to serve 50 clients, although many more are eligible. Sometimes there is an opening when a client moves away, often for a job opportunity, or must go into assisted living. Some MeckFUSE-eligible clients may be served by other supportive housing units in the community.

Lowry has some recommendations for those who want to put a similar program in place. The first is to have “a functional, collaborative relationship across the system. Meaning, if you’re involving the jails, mental health, and homeless service providers, you all have to be at the table from day one,” she says. She points out that the FUSE program also serves frequent users of the medical system. Training is also important, so all case managers start with the same base of knowledge. MeckFUSE case managers are trained in a program called SPECTRM, Sensitizing Providers to the Effects of Incarceration on Treatment and Risk Management.

Perhaps her most important recommendation is using housing as a platform for recovery, rather than requiring program participants to be “housing ready.” “We’ve taken some of the people that have been on the street and in and out of jail for many, many years, and we’ve put them in housing and seen them be successful,” Lowry notes. The Housing First model demonstrates how people take ownership of their recovery when enabled with the means to survive.