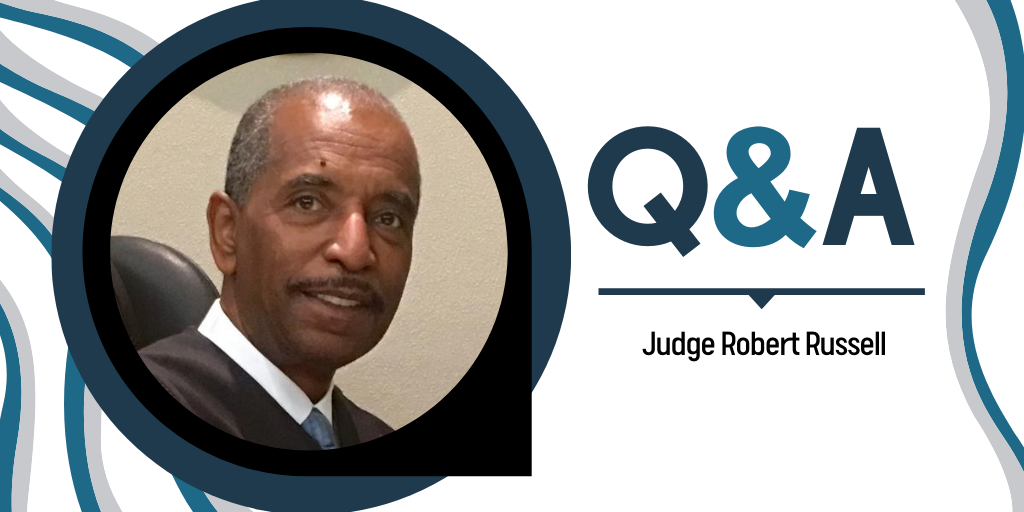 What prompted you to start the country’s first Veterans treatment court?

When his case was called, he approached the bench and his posture was slumped. His head was down – he didn’t make eye contact with me. And he just merely grunted when I asked him what was going on with his program.

In the courtroom that day were two men that I knew were also Vietnam Veterans. One was Hank Pirowski, my project director at the time, and the other was Jack O’Connor, then director of the county Medicaid department. I called them both to the bench and asked them if they would go out in the hallway and talk to this participant. They returned about 20 minutes later and I recalled the case. This time the Veteran was standing erect in front of me, at what in the military is called “parade rest.” His head was raised and he looked directly at me and said, “Judge, I’m going to try much harder.”

Totally taken aback by this remarkable transformation, I asked Hank and Jack what they had done out in the hallway. They told me the first thing they did was mention that they had both served in Vietnam—Hank in the Marines and Jack in the Army, 82nd Airborne. They talked about where they served in country and other commonalities with respect to their service. Then they told the participant that they cared about him, and the court cared about him, and we wanted him to do well.

That started us thinking that maybe there was something more we should be doing for the men and women who served in the military, not only those who served in prior conflicts, but also the most recent conflicts in Iraq and Afghanistan. A RAND study found that one in five Veterans returning home from Iraq and Afghanistan report symptoms of post-traumatic stress disorder (PTSD) or major depression. After a year of discussions with the U.S. Department of Veterans Affairs (VA), with Veterans service organizations, and with volunteer Veteran mentors, we started Veterans treatment court in January of 2008. Jack O’Connor now coordinates our volunteer Veteran mentors.

You have called the volunteer Veteran mentors the “secret sauce” of Veterans treatment court. What is their role and why is it so important?

That phrase, “secret sauce,” was first used by Major General Clyde J. “Butch” Tate II, who is now the chief counsel for the National Association of Drug Court Professionals. While he was still actively serving, he visited our Veterans treatment court and observed that just as any fine recipe has a secret sauce, the volunteer Veteran mentors were the key ingredient of our treatment court.

Our volunteer Veteran mentors can tap into the unique culture of military service and can be an inspiration and a motivation for other Veterans who are going through challenges with mental health and substance use issues. It’s something about one Veteran communicating with another Veteran, someone who can serve as a “battle buddy,” that can help treatment court participants achieve stability in their lives—in health care, housing, employment, and education.

How can communities forge the collaboration between local providers, Veterans service organizations, and the Department of Veterans Affairs that makes your treatment court so successful?

If you are seeking to establish a Veterans treatment court, you need to do outreach to the various entities that can provide services. Meet with VA and the director and staff of your local VA hospital. Explain what you’re trying to do and ask them to provide a staff person who can come to court and be a resource for the Veteran participants. Some of our Veterans are not aware of the VA benefits to which they are entitled, so having someone in court can help bridge these gaps.

Meet with members of community Veterans service organizations, whether it’s the American Legion, the Veterans of Foreign Wars, or the like. They can not only be a resource, but some of their members might be interested in becoming volunteer Veteran mentors.

Early on in the planning for our treatment court, I attended a meeting of our local VA hospital advisory board. I said I was thinking about setting aside a day in my court calendar to see nothing but Veterans who were experiencing mental health and substance use problems. Without even asking me what this court would look like or how it would function, many of the Veteran members of the board raised their hands and asked to volunteer. That began our volunteer Veteran mentors program.

What have you learned about Veterans and the issues they face as a result of creating the Veterans treatment court?

First is acknowledging that many of our Veterans come to us with a host of potential issues. Some have PTSD. Others may be dealing with military sexual trauma, major depression, or anxiety. Still others may suffer from a traumatic brain injury, and many are self-medicating with illicit substances and alcohol.

Finally, is recognizing that part of their military culture can be an asset. They have been trained in leadership, in teamwork, and in resiliency. They have been successful in the military and we can tap into that spirit. This is especially helpful because many of our Veterans feel out of place when they come home. They don’t feel comfortable anymore, and they may feel that civilians don’t understand them. This is where our volunteer Veteran mentors can really help. They can literally say, “Look, we’ve been there, too.”

What is your goal for each of the Veterans who participates in your court?