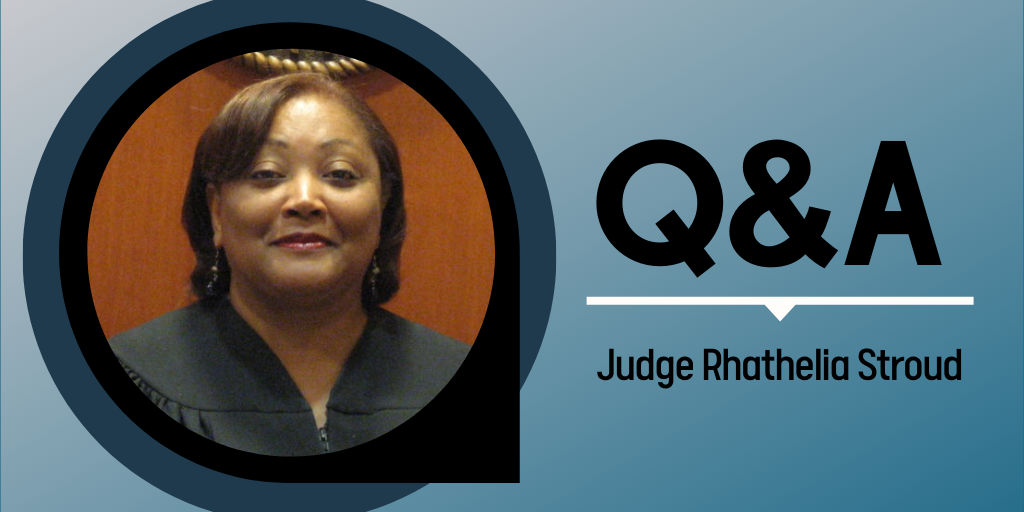 The Misdemeanor Mental Health Court (MMHC), formerly the Diversion Treatment Court, is the longest-running mental health court of its kind in Georgia. What outcomes are you most proud to see come from this program?

One of the most significant outcomes is that, as the Diversion Treatment Court, our court evaluation revealed an eight-percent recidivism rate among our graduated participants, which suggests many are not returning to the criminal justice system. However, that evaluation was conducted approximately 10 years ago. Since that time, the court has evolved to include dedicated full-time staff members, including a coordinator, a case manager, a licensed master social worker, and a part-time licensed clinical social worker. The MMHC now offers in-house, gender-specific group therapy, Thinking for a Change group cognitive behavioral therapy, and a National Alliance on Mental Illness group. In addition, the court’s partnerships with entities like the public defender, solicitor general, probation, jail mental health, the Council of Accountability Court Judges, Institute of Continuing Judicial Education, Community Service Board, and the Georgia Public Safety Training Center—which are all critical to our work—have expanded to the benefit of our participant base.

Further, the court’s 501(c)(3) DeKalb Criminal Justice Treatment Coalition became active. It provides unbelievable support to the court and its participant base in the form of housing and utility assistance, food and medication assistance, along with educational expense assistance. When the MMHC is re-evaluated soon, with the court’s evolvement and growth, we hope the recidivism rate will have decreased further, and the productivity and success of the graduated participants will have increased significantly.

Finally, we believe the MMHC to be a flagship of sorts here in Georgia as the first and longest-running court of its kind, especially since there are now 43 adult mental health courts in Georgia and codified standards for them.

In the 9 years you have been the presiding judge, is there a story from a case you heard that signifies the importance of this work?

Yes, last year we had a young man about the age of 22 or 23 enrolled in our court. His mother’s boyfriend, who was only 23 himself, got into a fight with our participant, who was attempting to protect his mother, about age 45. Our participant was preparing to come to court at the time, but instead called the authorities, then contacted his case manager to alert them of the situation and notify them that he would not make it to court. Amazingly, his mother aligned herself with her boyfriend to get our participant, her own son, arrested. Fortunately, it did not work. This young man, who worked hard and had been promoted to manager at his job, moved into his own place with the support of his girlfriend and her mother. Just prior to completing our court, he tested and was accepted into a branch of the U.S. military. This young man took advantage of the various therapies and other opportunities offered through the court and engaged with his mental health providers about his diagnosis. He worked hard the entire time he was with us. This was a proud moment and a great story for our court. We are eagerly awaiting his update!

What advice do you have for others involved in operating a mental health court?

One of the most important pieces of advice I can offer is this—please understand that those we serve suffer from mental health disorders, and as such, are not perfect beings and will sometimes decompensate. But although they relapse or decompensate, all is not lost. Yes, the challenge has intensified, but the opportunity to get them back on track still exists. It’s remarkable what a court team’s commitment to staying with these individuals garners from them. Many of our court participants have experienced abandonment and lack of support and, sadly, expect more of the same.

From your years of experience and leadership, what innovations or changes do you foresee as critical regarding how we serve individuals with mental or substance use disorders who become involved in the justice system?

The question I often get from family and community is, “Why do they have to commit a crime before they can get the type of help offered through the accountability court?” This is a critical issue and a fair question. I was happy to hear about and see the release of SAMHSA’s National Guidelines for Behavioral Health Crisis Care–Best Practice Toolkit, which I believe can begin to help answer that question. There are also structured projects in Arizona and New Mexico that give law enforcement a tangible option to not arrest an individual and instead take them somewhere to get an immediate assessment and, ultimately, the help they need, versus a jail cell. If they take an individual to one of the project’s emergency receiving facilities, they are guaranteed a 30-minute sign-in and sign-out. The option must be tangible, present, and accessible to police, or they will choose what is—jails, which are de facto mental health hospitals. There are also a few crisis stabilization units in Georgia, and I would like to see those developed across the nation. I want to see those experiencing serious mental illness able to get the same treatment and care regardless of what state, city, or county they reside in and call home.

At the end of the day, what is your greatest hope to have accomplished through your role as a judge?

An understanding that a large part of this population (those thrust into the criminal justice system because of the symptoms of their mental health disorder) can and do function and participate productively in family, community, society, and relationships just as others of us do. This can be achieved via concerted effort, commitment to getting them into treatment for the first time or back in treatment, appropriately medicated, and engaged with other therapies (e.g., gender-specific groups, Thinking for a Change cognitive-behavioral curriculum, peer support). Good stories, great outcomes, decreased recidivism, and committed court teams promote this narrative and bear witness to this truth daily.

I also hope to impart somehow that a sensitive, compassionate, and passionate judge who does this work is not a soft judge, but one that is committed to and sees and engages humanity under these uniquely challenging circumstances.