In 2016, the U.S. Department of Veterans Affairs (VA) completed a comprehensive study on the state of military Veteran suicide across the country. In this study, the researchers found that an average of 20 Veterans die by suicide each day, roughly twice the rate of civilian suicides nationwide 1. Although the VA acknowledged that there are several gaps in their research, this is still considered to be one of the most comprehensive studies on military Veteran suicide to date. One of the key findings in this report is that of the 20 Veterans that die by suicide each day, 14 do not utilize Veterans Health Administration (VHA) care for various reasons 1. This means that 70 percent of the veteran deaths by suicide (See Figure 1 below) are by individuals who likely rely on civilian community healthcare providers who may not be well versed in military culturally competent suicide prevention messaging and communication. 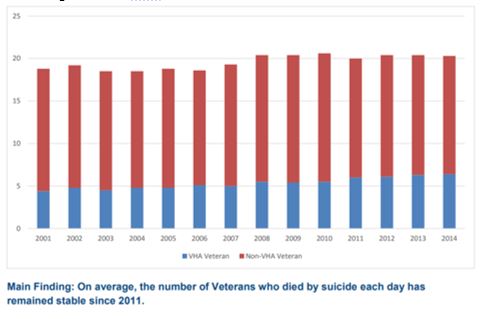 Figure 1 Average Number of Suicides Per Day Among Veterans with and Without Use of VHA Services 2001-2014
Source: Office of Suicide Prevention, Department of Veterans Affairs, 2016, Suicide Among Veterans and Other Americans 2001–2014, www.mentalhealth.va.gov/docs/2016suicidedatareport.pdf

The National Action Alliance for Suicide Prevention supports the idea that communications can be a powerful tool to promote resiliency, encourage help-seeking behaviors, publicize prevention successes, and encourage actions that help prevent suicide; however, public and interpersonal communication must follow guidelines in order to be effective to reduce suicide among military Veterans and the public at large.

Components of the Framework

An example that the Action Alliance provides is that using adjectives like “successful” suicide, “unsuccessful” suicide,” and “failed attempt” inappropriately define a suicide death as a success and a nonfatal attempt as a failure, this terminology could do more harm than good.

As we continue to work with stakeholders at the state, county and community level, discussion about suicide and suicide prevention will arise. Applying practical tools for effective communication will help to ensure that we are consistently driving toward a resolution and not contributing to the problem.