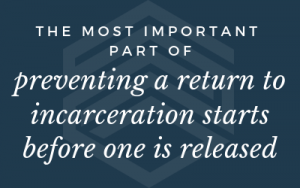 Having people in recovery playing the role of a peer to clients is a vital part of any mental health system. Amid all the clinical interventions usually considered, this peer component can sometimes be overlooked, but I have been working with forensic assertive community treatment (FACT) and assertive community treatment (ACT) teams for almost 5 straight years, and the teams that I have worked with have all been heavily staffed with multiple peers on each team. The results that I have witnessed have been miraculous. Being in recovery myself for over 8 years, I know that on any given day it’s possible to change the trajectory of someone’s life, much like mine was changed over 8 years ago by a 90-second conversation with a peer at the facility where I had just been admitted. This 90-second conversation consisted of little more than me speaking to a man that I recognized from a few years prior. When I knew him before, he was incarcerated with me. Now he was a member of the staff. I asked him rapid-fire questions about how this had happened, and the simple answer to one changed everything: “If I was able to do it,” he said, “then you can too.” It was in this instant that recovery went from some fantasy—a world that I did not believe existed—to a reality.

Being a part of a FACT team requires the team to be involved in all aspects of the client’s treatment and recovery. FACT teams might help clients with housing, connect them with physical health services or psychiatric services, and even sometimes act as a liaison or advocate with the criminal justice system.  Having just mentioned a few of the responsibilities of a FACT team—and there are many more—one may wonder what role a peer plays in all of this work.

Being a peer doesn’t mean always just relating to clients about being in recovery from a mental or substance use disorder. For example, being a peer might mean meeting with a client who has not addressed her or his physical health in several years and who is now reluctant to address it. A peer can understand both the fear that may be driving the client’s reluctance and where that fear comes from. A peer can relate to the fact that the client has a lot going on, and that seeing a physical health provider might uncover another bump in the road toward recovery, which the client already perceives as having enough barriers and obstacles. A peer can share with the client similar feelings of overwhelming fear and the desire to avoid potential hard news. But a peer also has the first-hand knowledge to tell the client that fear of the unknown can be worse than the reality. A peer can speak to the relief that comes when physical health needs are addressed, regardless of the outcome of the appointment. A peer can even attend the appointment with the client as an additional level of support.

Serving as a peer on a FACT team might also mean meeting with a client who wants nothing more than to obtain some sort of stable housing and is having difficulty in achieving this goal for various reasons, such as having a criminal background or poor credit, or a lack of income, or even a lack of rental history. Addressing housing often requires perseverance and determination from clients of a FACT team. It is in these circumstances where peers can not only relate and share how they struggled in obtaining housing but also share the efforts they made that allowed them to finally secure housing for themselves. In situations like this, I feel that it’s more impactful and effective to model perseverance and determination than to cheer for or encourage perseverance and determination. As a client, knowing that there is someone beside you who has had housing experiences similar to your own, and that it was their determination and motivation that helped them succeed—that can make the difference between overcoming these barriers and achieving the goal of stable housing on the one hand or, on the other, giving up and remaining without housing or in subpar or unstable housing.

Being a client of a FACT team requires the client to have a medium-high to high likelihood to recidivate back into the criminal justice system. For many, the criminal justice system or incarceration can seem scary and a place that should be avoided at all costs. However, I can tell you from my own experience that, unfortunately, after multiple arrests and incarcerations, the criminal justice system had come to feel like the only constant or comfortable part of my life. When I was in jail, my living conditions would improve; there was shelter, food, running water, and clean clothes. Sadly, there was no anxiety or fear for me surrounding going to jail. The fear and anxiety heightened when I was going to be released.  Having experienced these feelings, I know the importance of having a strong plan in place at the time of release for clients. I understand that the most important part of preventing a return to incarceration starts before one is even released. Picking up a client from jail, having a solid plan in place, and helping them execute their plan from day one—this process has changed so many lives it is hard to remember them all. Everyone in mental health knows that release planning from jail is important, but not everyone can relate to not having the ability, resources, or support to execute their release plan and the impact that can have one’s life.

Though the responsibilities can be far-ranging, the role of a peer in mental health is really quite simple. When clients feel safe, there is the potential for change. The best part about being a peer has nothing to do with my own personal story of recovery. It is the fact that the people that I serve feel safe enough to include me in their own story of recovery and allow me to play a small part, even if it’s just a 90-second conversation.